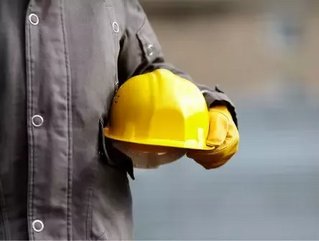 Paul Howes, the boss at the Australian Workers Union for the past seven years, will step down this July. In a statement to the press, he confirmed that he had been thinking about the next step in his life and career, and that it was not an easy decision to make.

"I know my decision may come as a surprise. But I was elected to this role seven years ago, at 26 years of age. I left school at 14, and commenced full-time work in the union movement at 17,” said Howes, indicating that it was time to move on to something new and different. Although he seems ready for a change, he does not regret his time with Australian Workers Union.

“I will cherish my membership ticket to my last day.”

The high-profile unionist is said to be looking into a job in the corporate sector. Many believe this is influenced in part by his relationship with partner and Qantas executive Olivia Wirth, to whom he is currently engaged.

Politicians like Federal Minister Christopher Pyne and Labour MP Rob Mitchell have given Howes their stamp of approval, with many others saying they’d welcome him with open arms.

"He certainly has a lot more ideas about the future of Australia and what needs to be done about policy than the current crop of people who represent the Labor Party in Canberra," Pyne told reporters.

Others has speculated that he wants to work for a few years earning a better salary, or that perhaps he wants to put a little distance between his trade union career and his potential move into politics.

Colleagues noted Howes’ frustration earlier this year with the labour movement’s unwillingness to modernize. Although Howes recommended a “grand compact” on workplace relations between businesses and unions, the suggestion mainly fell on deaf ears. Howes credits the current IR system a part of the reason the bounce back of the economy has been so sluggish.