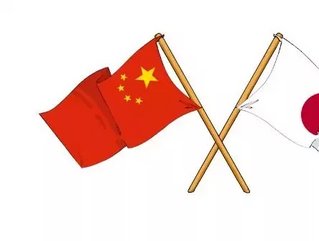 Disclaimer: The following is a contributed opinion editorial. The views and opinions expressed within this editorial are solely those of the original author and do not necessarily represent those of Business Review Australia or any/all other contributors to the magazine or website.

Underlying strategic distrust between the two Asian powerhouses, Japan and China, is creating an emerging security dilemma in the Asia Pacific region. However, North Korea’s latest nuclear weapons test on Tuesday, February 12th is perhaps the spark needed to rejuvenate talks between the countries, as both countries vow to increase efforts to remove nuclear weapons from the Korean peninsula.

Last week, The Japan Daily Press revealed that senior Japanese official, Shinsuke Sugiyama, Director General of the Japanese Ministry of Foreign Affairs, visited Beijing for talks over the controversial nuclear test undertaken by North Korea. He is the first diplomat to visit China since a Chinese ship reportedly locked a weapons guiding radar on a Japanese navy vessel on January 30th in international waters in the East China Sea.

Tensions in the Asia Pacific region have continued to intensify since September 2012, when Japan’s government nationalised the Senkaku/Diaoyu islands. The Communist Government, like in many of its other territorial claims, asserts that the Diaoyu Islands has been sacred Chinese land since ancient times. Japan’s government, on the other hand, insists that it lawfully acquired territorial sovereignty over the Senkaku Islands in 1895.

Chinese officials argue the nationalisation of the islands last year was undertaken to deliberately incite China. News reports suggest Beijing has reacted by engaging in more assertive measures. It has employed strategies essentially challenging the Japanese Government’s long term control of the islands.

In response, Japan’s recently elected Prime Minster Abe, notably a hawkish nationalist, has proposed changes to Japan’s pacifist constitution. At the same time he also announced a boost in military spending by 4.68 trillion yen ($USD 52 billion) for 2013. Japan’s government argues that aggressive action by China in the region has made it necessary for Japan to bolster the defence of its territory. However, Chinese officials, including Tang Chunfeng from the Ministry of Commerce, claim that Japan’s government is merely beating the drums of war and rousing anti China sentiment in the international community.

Given that Japan continues to pursue its purchase of three of the five islands and China refuses to stop its navy patrolling the region – it appears a stalemate has been reached. The time has come for both countries to seek out measures to calm tensions.

While tensions remain high regarding the dispute over the islands in the East China Sea, this latest event out of North Korea may open up communication channels between Tokyo and Beijing.

On February 12, Japan as well as China announced their condemnation of North Korea’s nuclear test. Analysts claim that Pyongyang's nuclear test has provided “common ground” for the two sides to begin collaborating with one another over this issue. As renowned Professor Lian Degui of the Shanghai Institute for International Studies states, "China, Japan and the US have common interests on the Korean Peninsula, where they can co-operate."

Wang Dong, Director of the Center for Northeast Asian Strategic Studies at Peking University, has been calling for measures to defuse tensions. Many observers contest that there has been a lack of leadership by both Japanese Prime Minister Abe and Chinese President Xi Jinping in deploying such tactics. They blame both countries for reverting to hard-line diplomatic postures and placing too much emphasis on military actions and developments.

Now is the time to stress the importance of cooperation.

The risk of potential conflict between the two countries is its highest point in modern times. Any further escalation between China and Japan could prompt a conflict between the second and third largest economies in the world. This would spell disaster for not only the people of the Asia Pacific region, but also the Asian economy which has been a beacon of light throughout the lingering global financial crisis. No such confrontation should be allowed to transpire.

Both Japan and China should take this opportunity to establish common ground and discover a way to settle differences. Although keen onlookers are not expecting bilateral action to be taken as a result of Mr Sugiyama’s visit to Beijing, they are hoping that the latest move from the Japanese Diplomat to speak with his counterpart over the nuclear test will open up the possibility of further communication and help defuse growing tensions between the two countries.

Jonathon Cini, an Australian citizen, recently joined the Institute for Peace and Security Studies (IFSH) in Hamburg, Germany as an Intern. He is a graduate of the Freie Universitaet in Berlin completing a M.A. in International Relations. Jonathon is also a regular contributor for Wikistrat on its Asia Pacific and European desks. In addition, he is a keen writer and has articles published in Business Review Europe, EUBusiness and the International Security Observer.