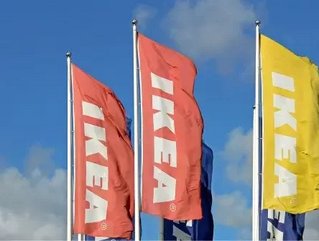 Before the flatpack furniture behemoth unveils their new global online platform, IKEA has decided to accelerate the expansion of their Australian business. The company is looking to have nine total locations throughout the country by 2016, including four new 25,000 square metre locations in Sydney’s Marsden Park, Canberra, Campbellfield in Victoria, and a store north of Brisbane. The door is open too for three or four more company-owned stores to open on the east coast by 2020.

This $400 million investment comes on the heels of two strong years of sales and earnings growth.

“We had always planned to grow to somewhere between nine and 11 or 12 stores,” said IKEA country manager David Hood. “The different now is we’ve made a decision to grow faster and open more stores one after another. We grew quite strongly last year and this year has been very strong for us – trading has been excellent, in both visitations and conversions, average tickets and overall turnover.”

IKEA Australia’s most recent annual accounts show that profits increased from $13.5 million in 2012 to $19.2 million in 2013, with sales totalling $666 million over the same time period. Hood claims that much of IKEA’s success rests upon the idea that they offer the complete room and house – not just the kitchen, for example, but the pots, pans, appliances, and tableware as well.

With the first new store opening sometime in 2015, IKEA Australia hopes these new locations will help the company take advantage of their new global online retail platform, which will be rolled out in all 44 countries where IKEA operates over the next two years.

Currently consumers of the brand in Australia are frustrated that IKEA did not have an online retail platform to start in the country. The new online ordering system in Australia would facilitate shipping of products to consumers’ homes from store locations, not abroad. IKEA Australia’s performance expectations are level with industry benchmarks, as the company is looking to reach 10 percent of their total sales through the online retail platform.

The Campbellfield location will be one of ten stores worldwide where new ideas would be introduced with the aim of improving customers’ shopping experiences. Although details are scarce on what these new ideas would be, Hood mentioned that shopfloor strategies would be among the ideas tested. This specific location will create around 250 retail and management jobs in the IKEA Australia’s new showroom, restaurant and warehouse.