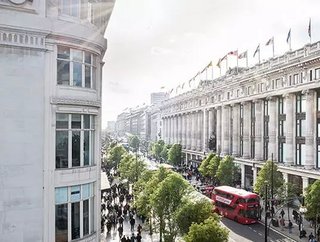 A deal has apparently been struck for the £4bn (US$5.3bn) sale of luxury department store group Selfridges to family-owned Thai conglomerate Central Group

However, a statement from Central Retail Corporation (part of the parent company) has denied the rumours, yet a deal by some entity related to Central Group could still be on the cards.

Confused much? Then let this Business Chief Briefing shed some light on the situation.

Selfridges – which was founded in 1908 by US retailer Hary Gordon Selfridge – has 25 outlets in the UK, Ireland, Netherlands, and Canada. Its flagship store is on London’s prime Oxford Street.

It has been a tough two years for retail, which is one reason being cited for current billionaire owners the Weston family, perhaps looking to sell after 18 years.

What is Central Group, the retail giant from Thailand?

Central Group was formed in Bangkok, Thailand. The family-owned conglomerate was founded by Samrit Chirathivat, but it was his son who had the vision to open Thailand’s first department store in 1956. Central Group now has more than 3,700 stores globally.

Samrit said: “Our success grew out of our determination to bring Thailand into the modern world. We are committed to contributing to its prosperity and enhancing the quality of life of its people.”

With more than 3,700 locations, 80,000 employees, and 7 million sqm of retail and commercial space, the company has grown into a global retail power – helped by embracing and innovating when it comes to new technology.

Central Group also has a forward-thinking distribution network and sophisticated supply chain management system. In 2013, Central Group was the first retail industry player in Thailand to use voice picking devices, for instance, to increase efficiency.

Why would Central Group want to buy Selfridges?

In recent years, Central Group has also diversified away from retail and hospitality into fintech – crucial as Thailand’s digital transformation gathers pace, fuelled by the pandemic, and as the country aims to become a cashless society.

“Thailand’s mobile-driven population, with its increasing consumer spending power, means that e-commerce is ready to explode, and this partnership is poised to capture the country’s consumers as they migrate online,” said Tos Chirathivat, CEO of Central Group. “This move marks a key step in Central Group’s goal to become Thailand’s online retail leader.”

The timing could not have been better in many ways with the COVID-19 pandemic forcing consumers online – where they have stayed in their droves.

Bearing that all in mind, why would Central Group be interested in Selfridges? There are a few factors at play here. Firstly, Selfridges is a prestigious brand in retail. Secondly, Central’s non-exec director Vittorio Radice, responsible for expansion in Europe, ran Selfridges for 7 years. Thirdly, Central Group could leverage its ecommerce capabilities with a globally recognised brand to tap into lucrative markets in Asia.

Watch this space for updates as the Selfridges story develops.