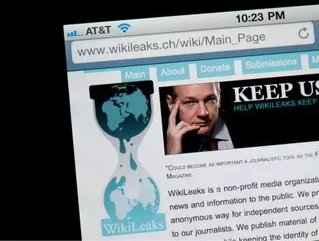 Julian Assange has formally announced that he will be taking his fight for freedom of information from the Internet to the Australia Senate. On Thursday 25th July, Assange announced launch of the WikiLeaks Party along with his candidacy and that of six other members of his party.

The Australian election is due before 30th November and Assange and his party will be running for Senate seats in the state of Victoria.

In an open-ed published in The Australian Assange wrote: “WikiLeaks Party's core values of transparency, accountability and justice are the template against which we will examine any important issues for Australians.

“We will not accept legislation or government policy that is based on inaccurate, poorly disclosed or inadequate information. In this way our positions will always reflect fairness, good government policy and practice, and protecting the interests of all Australians.”

Assange is currently in the Ecuadorian Embassy of London and if he leaves, the British police are under instruction to arrest him and extradite him to Sweden to face questioning related to a sexual crimes investigation.

If elected, Assange would have to take his seat on July 1st 2014, which could pose considerable problems. “If he were prevented from taking his seat, which requires him to be physically present in Australia, another member of his party might be able to take his place, a possibility confirmed to the Associated Press by WikiLeaks Party national council member Sam Castro. Castro added that if Assange is elected, Australia should take measures to allow for his access into the country,” wrote Mashable.

Assange has however spoken out regarding his eligibility issues, saying that he is not worried about running a party long-distance.

“It’s not unlike running the WikiLeaks organization,” Assange said to the New York Times. “We have people on every continent. We have to deal with over a dozen legal cases at once.”

According to Assange, his party, just like the WikiLeaks organization, will be founded on the values of transparency and accountability. In fact, Assange wants to get investigative journalists into the Senate to hold “banks and government and intelligence agencies to account,” he told the Times.

Recent polls indicate that Assange’s chances of winning may be greater than initially expected.

We would love to hear your thoughts on his political aspirations. Join the discussion on our Facebook page.