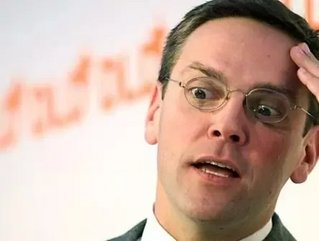 The phone hacking allegations plaguing News of the World have taken a further toll on James Murdoch: he has stepped down as executive chairman of News Corp’s UK division.

According to a statement cited by Businessweek, the younger of the two Murdoch sons will continue to “assume a variety of essential corporate leadership mandates” such as pay television and international projects from News Corp’s New York headquarters.

This is the third post Murdoch has left since the UK tabloid was accused of several cases of phone hacking. He stepped down as CEO of News International last July and resigned as director of three British newspapers in November.

“James was itching to step down; he is well known to be no fan of the newspapers,” Claire Enders, founder and CEO of Enders Analysis in London, told Businessweek. “I am sure the board understands James wants to leave and they are much more protective of him now.”

Until the scandal, many media analysts assumed that James would be the heir apparent to the Murdoch newspaper empire once Rupert stepped down. However, James’ absence – and older brother Lachlan’s presence – at a key restoration meeting earlier this month in The Sun newsroom has media analysts speculating a re-succession, according to the New York Times.

Still, according to a statement released by News Corp today, James Murdoch is looking ahead to brighter days.

“I deeply appreciate the dedication of my many talented colleagues at News International,” said James Murdoch in the statement. “News International is now in a strong position to build on its successes in the future.”

“We are all grateful for James’ leadership at News International and across Europe and Asia, where he has made lasting contributions to the group’s strategy,” Rupert Murdoch said in the statement.