How Ergon Energy is networking to power the planet 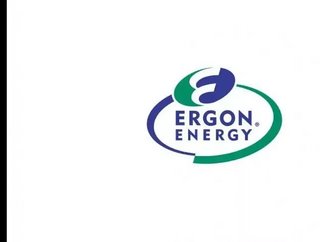 The sheer size of Queensland - at 1,852,642 square kilometres it is larger than Alaska but with six times the population – presents a big administration challenge, not least when it comes to energy provision.

It is well known internationally for its tourism, surfing and the Great barrier Reef but is currently coming to the centre of global attention as its capital Brisbane prepares to host the Commonwealth Games in 2018.

It's known as the Sunshine State for its beach culture, but that name is highly apposite as the world moves, largely unpreparedly, from fossil fuel reliance to a more renewable mix. Queensland gets a great deal of sun and has the highest average maximums of any Australian state  Ergon Energy, owned by the Queensland government both distributes and sell electricity to Queenslanders, at prices regulated by the State. Distribution is over a network of some 160,000 kilometres of powerlines supported by a million poles and pylons. It also owns and operates 33 standalone power stations serving some of the remote communities the grid can't reach, as well as the Barcaldine gas-fired power station which supplies power to the main grid.

The company was formed in 1999, from six regional Queensland electricity distributors and their subsidiary retailer. In some ways its legacy allies it to the entities that have grown up across the planet to address the new economic and technical landscape, but for a number of reasons it stands out from its peers. Its experience in reaching out to isolated communities, including a number of islands, is highly relevant to energy businesses in the many places that face similar problems, particularly in emerging economies but also in the great land masses of America, China and India.

What it does to 'provide safe, reliable, efficient and sustainable energy solutions to support our customers and the Queensland economy' is just its daily bread.

This is a company that is taking a holistic view of the future energy landscape taking into account technology, economics, business and market models that work as well as global imperatives like climate change and population growth.

The rest of this report can be found in Business Review Australia & Asia's August issue.