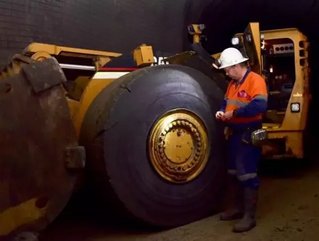 In another article we discussed with Peter Bradford, MD and CEO of Independence Group (IGO), the significance of the company's newest asset, the world class, low cost Nova nickel mine which will come on stream later this year. The ability to fund this important development, though, has derived largely from the strategy the company has pursued in the 14 years since its establishment and listing on the ASX in 2002.

By the time of its IPO the company had secured a 12,500 square kilometre exploration tenement on what is now known as the Tropicana gold belt (though at the time it was not known for its gold potential), at the western edge of the Great Victoria Desert. Subsequent exploration and development was undertaken by AngloGold Ashanti, which farmed in to the project in the same year, IGO retaining a 30 percent interest. AngloGold discovered the Tropicana deposit in 2005 and the partners gave mine development the go-ahead in 2010 based on a feasibility study based on mining the Tropicana and Havana deposits, and treatment of 5.8 million tonnes per annum (mtpa) of ore to deliver average gold production of 330,000 to 350,000 ounces per annum over a ten year mine life.

By 2012, gold resources in the deposit had grown to 7.89 million ounces, establishing Tropicana as fourth largest gold mine in Australia. First ore was sent to the crushing circuit in August 2013, first gold was poured on 26 September, ahead of schedule and on budget, and the processing plant successfully achieved its ramp-up target of 95 percent plant availability at a throughput rate of 5.8 mtpa within six months.

"For IGO, Tropicana has been, and continues to be a fun ride, says Bradford. “Once the startup and first production were behind us we started to unlock additional value in the project. One opportunity is ongoing exploration along the Tropicana belt for the next Tropicana, so watch this space because we think it may be there. Another is by “drilling at depth beneath the existing Tropicana pits, most of which bottom out on the lack of drill information, where we expect to be able to significantly expand the known resources through this drilling.”
Additionally, there's room to optimise production. Work to expand plant's nameplate capacity from 5.8 mtpa to more than 7 mtpa is coming to its final stages, he says. “The joint venture partners recognised that major items of equipment like the crushers, the high pressure grinding rolls and the ball mills all had spare capacity, this allowed us to expand capacity by working through the bottlenecks in the materials handling of the crushing circuit and slurry circuits, upgrading conveyors and pumps.” All that remains is to complete the additional capacity in the carbon-in-leach circuit, to bring residence time back to design levels, so that recovery levels are maintained at the higher throughput rate

The rest of this article can be found in the August issue of Business Review Australia & Asia.