Holden bids farewell to the industry 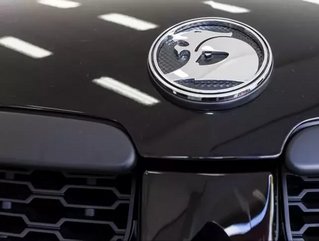 General Motors (GM) has announced that legacy Australian car manufacturer Holden will be retired after 160 years, with all operations ceasing by 2021.

Regarded as a truly iconic marque in its home country, Holden has nevertheless struggled to maintain its competitiveness, despite numerous strategy changes and assessments by GM to improve its fortunes.

"Through its proud 160-year history, Holden has not only made cars,” said Julian Blissett, Snr VP at GM, “it has been a powerful driver of the industrialisation and advancement of Australia and New Zealand.”

“We regret that we could not prioritize the investment required for Holden to be successful for the long term in Australia and New Zealand [...] this decision is based on global priorities and does not reflect the hard work, talent and professionalism of the Holden team."

News of Holden’s retirement comes at a time when the Australian car industry is divided on the looming topic of EVs and EV infrastructure. In a previous article, Business Chief examined how the country was approaching the issue:

In 2018, it was estimated that only 1,352 EVs were sold (excluding Tesla figures, which are not publically released) in Australia. Compared to 1.05 million in China and 361,307 in the US sold in the same year, Australia has been lagging behind global trends in committing to widespread EV adoption.

However, in a report from the Bureau of Infrastructure, Transport and Regional Economics (BITRE), analysis suggests that 50% of all new cars sold in Australia by 2030 will be EVs.

Discussions have only intensified following announcements of pioneering plans by Norway and the UK to ban the production of new petrol and diesel cars by 2025 and 2035 respectively.

Commenting on Australia’s overall commitment to the EV transformation, Professor David Levinson, University of Sydney, said that the country “has been unwilling to move aggressively on EVs, despite the almost unlimited sunshine providing the opportunity for truly inexpensive renewable power.”

“One issue that needs more attention is the charging infrastructure. As EVs get more widely deployed, cities will need to build more charging facilities, and petrol stations will need to adapt.”

Companies such as Evie Networks have already picked up the gauntlet of bringing the Australian car sector up to date with its European, Asian and North American counterparts. It may be a necessary step in an industry that has many challenges ahead.