China’s electric vehicle market to boom over next two years 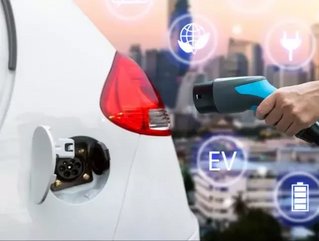 China’s electric vehicle (EV) market share has been predicted to grow by 40% over each of the next two years by marketing research company J.D. Power
Speaking to CNBC, Jacob George, J.D. Power’s vice president and general manager of Asia Pacific, cited China’s encouragement of the sector through various policies and measures as a major reason for its significant growth.
2014 saw 50,000 EV sales across China, with that number rising to 500,000 in 2018, he said.
CNBC reported that China targets sales of two million electric and gasoline-electric hybrid units by 2020, which Mr George said is ambitious despite predictions of a market share boom.
China possesses one of the biggest EV markets in the world, a fact which has partially attracted Tesla to invest $5bn in a Shanghai-based factory, according to Fortune.
Through this first Tesla factory outside the US, the EV giant hopes to produce 500,000 cars each year and plans to have its Model 3 leaving local assembly lines by 2020.
Purchasing a Tesla in China is an expensive endeavour at present, with the costs of shipping being hardened further by the 40% tariffs raised by the ongoing US-China trade war, Fortune said.
By manufacturing Tesla vehicles in China, the company hopes to tackle the increased costs that Chinese customers face.
See More:
Mr George expects additional EV companies to follow suit, although entering the market comes with significant challenges.
He added: “For foreign automakers to thrive in China’s electric vehicle sector, it is important for them to work with other Chinese battery manufacturers closely and adapt their existing technology to suit China’s focus on longer-range vehicles”.
CNBC commented that Mr George’s concern follows recent reports of General Motors facing production challenges for EVs in China.
The Wall Street Journal said General Motors’ plans to increase EV production in China have been slowed by its Chinese-sourced batteries failing to meet its standards for performance and safety.
TeslaEvElectric vehiclesChinese EV
Share
Share