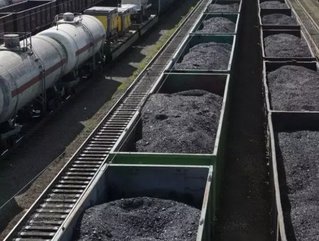 Adani, an Indian mining company with a large presence in Australia, has had their $2.2 billion railway line approved by Federal Environment Minister Greg Hunt. The railway, which will transport coal, will be 310 kilometres long and end at the Abbot Point port. Development of coal deposits in the Galilee Basin region, one of Australia’s largest unexploited mining areas, will no doubt see a boost from this move, as the railway will have an annual carrying capacity of 100-million tonnes of the commodity.

Hunt’s approval rests on several conditions such as the start of work on the railway must be in the next five years and the development of a biodiversity offset strategy must be submitted at least two months before construction takes place. Other conditions mainly address environmental factors.

The Queensland region in general will benefit at least from the construction phase on the railway, which will buoy the regional economy by around $800 million. The Federal Government has estimated that around 2,000 construction jobs will be open at that time, with 270 operational jobs following the completion of the railway.

Adani’s Carmichael coal mine is expected to become Australia’s largest coal mine once the railway is complete, with an estimated annual output of around 60 million tonnes. The operating life of the coal mine is an astounding 90 years; experts expect the mine to offer 4 billion tonnes of coal over its lifetime, with most of it being shipped to Adani’s native India.

With any large mining project, there has been controversy regarding its impact on local ecosystems and groundwater, coal’s contribution to the greenhouse gas effect and the potential damage of the Great Barrier Reef, which could be caused by expanding Abbot Point port. Earlier this year, the Abbot Point expansion plan lost major funders—including Deutsche Bank and HSBC—due to environmental concerns.