Feature: How Ve Global is transforming customer experience in Asia 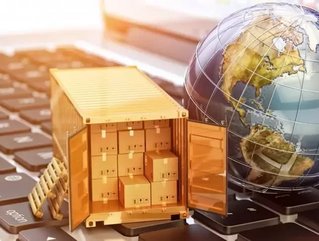 Jamie Pierre is the COO of Ve Global APAC. In his seven-year tenure, he has worked across multiple departments including commercial and operations. With a particular focus on cost efficiencies and revenue growth projects, Pierre has used his extensive knowledge of the business to drive Ve’s transformation across Asia Pacific. As the company looks to consolidate and strengthen its position in the region, we caught up with him to uncover more about his role and Ve’s plans for expansion.

As a technology company supplying businesses in the ecommerce industry with programmatic advertising and email remarketing, amongst many other services, Ve’s focus in Asia is a key part of its future plans. As we head deeper into 2018, what can we expect to see from the revamped Ve brand and how will that impact Pierre’s role?

“As of last year we had a rebrand and we’ve been working on our software and tools, including looking further ahead in the customer journey. For example, one area we offer is in advertising solutions, which is increasingly upcoming in Asia, and that involves educating clients on where they can improve,” says Pierre. “My role specifically is quite diverse but incorporates examining how we can link the Asian region into our headquarters. It’s also about how we can simplify the things we do to make it easier for clients to onboard and have their campaigns maintained, while making sure we’re efficient,” he continues.

2017 was a tough year for Ve. Despite having been valued at over $1bn in 2016, Ve Interactive, as it was previously known, almost went bust. By September last year, however, the ship was steadied – thanks, in part, to gathering around $15mn in investment. “Making sure we’re efficient in Asia is a key focus for us. Last year we went through some ‘speed bumps’ shall we say, which had an impact on what we did in Asia. One of my key roles there was to investigate how we can be more cost efficient, looking at the headcount of the team and consolidating some of our activities,” Pierre explains.

Rather than viewing these challenges as problematic, Pierre says it actually presented him with a platform to strengthen the business. “We needed to bring some departments and responsibilities together, which was really helpful because now we’re able to build on that and get close to a fully connected organisation. For us to be successful we need to link our regions,” he continues. “We’re now at a point where our tech support services, our creative teams, marketing, all the engine rooms that drive the business, are well connected. It’s an exciting time to be involved with Ve.”

With last year’s difficulties now behind it, where specifically will Ve be concentrating its efforts in Asia? “Our regional hub is based in Hong Kong, so that will remain our core area but Southeast Asia is key, including Singapore, Indonesia and Malaysia,” Pierre reveals. Following a period of analysis into the market, especially the increasing customer engagement that a mobile-first strategy can provide, Indonesia is of particular interest. And with good reason. “It’s the largest growing ecommerce market outside of China, with a high population of customers that use mobile devices as standard,” Pierre explains. “There’s a generation of shoppers in Asia who have bypassed the era of desktops and laptops. The experience they expect is one where they use mobile apps on a day-to-day basis.”

This approach to emerging Asian markets is also grounded in solid insight. Pierre tells us that ecommerce in Indonesia, for example, currently enjoys double digit growth year-on-year, and this is expected to increase. “Markets such as Indonesia are quite open,” says Pierre. “One of the brands we work with is Tokopedia (one of Indonesia’s biggest online marketplaces) and they get around 120mn visits to their website each month. That’s huge. They’re also keen on new ideas and running new campaigns and that’s exciting.”

Ve’s future strategy doesn’t rest with Indonesia alone, however. “Another area is India,” Pierre says. “We’ve got a small base there but part of the expansion plans are to grow that team. There’s a lot of strong feeling that we can do something there with our digital assistant or email engagement that we use with clients such as Dominos India, Pizza Hut, American Express and some other great brands that are plugging our tech in and seeing really good results.”

Taking this one step further is the correlation between what Ve offers and what businesses in Asia want to achieve. Personalisation is going to be fundamental to any growth in mobile and that, in turn, also brings up the question of GDPR legislation, the European Union’s new regulation on data protection. “In Asia it has to be mobile first,” says Pierre. “However, making the experience simple to navigate and secure is vital. Customers have to be confident that when they’re shopping on their device there’s no potential for their information to go elsewhere. It’s important for us because we are a data processor for some of our organisations and we have to make sure we are responsible.”

So what does Pierre believe this means for brands who want to deliver a truly personalised experience? “Provided the information they capture is not overly sensitive, stored for longer than necessary or used unnecessarily, I believe it can be positive. This ties into what we’re doing at Ve because our solutions are all about personalisation. As a business we always analyse data and we recently looked back at Q1 2018 to see how the industry was doing in travel. We examined around 60mn sessions in the APAC region and found that Japan had the highest rate of bookings drop off: around 95-96%. Nine in 10 bookings were being lost so this is an area we are trying to educate brands on. Businesses must provide a more personalised experience and engage those customers. That’s why we do what we do, and the results speak for themselves.”

With over 10,000 clients worldwide and a wealth of data learning supporting their expansion plans, the future looks bright for Ve. As Pierre himself says: “There’s still lots more to come from us in Asia.”