Mobvista: How artificial intelligence will help human buyers overcome the problem of scale in mobile advertising 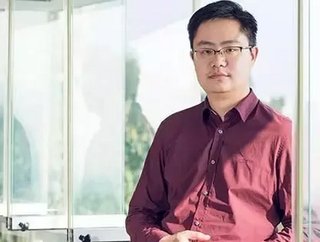 Mobile advertising has become one of the dominant – if not outright dominant – forms of digital outreach in the world. And the reason why it has done so is because of its ability to hit users at scale.

Whether it’s DeviceAtlas reporting that there are nearly 5 billion mobile devices active in the world in 2018 in comparison to  roughly 1.63bn TVs in the world or The Business of Apps reporting that companies are set to spend over $200bn on mobile adverts in 2020, it’s clear that the size of the mobile ad industry is enormous.

However, there is a problem with the ever-increasing scale of mobile advertising: the limits of humans. Although we try to overcome our shortcomings, the truth is that the scale of the sector and the speed it moves at leaves us at risk of being the weak link in the chain.

Fortunately, something new is on the way to help us. Artificial intelligence (AI) is being used much more widely across society. And with its usage increasing in all disciplines, it is well placed to help the mobile advertising industry deal grapple with the issue of scale even more effectively in the coming years.

The human problem with scale

While there are a number of tools available to marketers and advertisers to manage the buying of mobile advertising, the truth is that the programmatic industry moves so much faster than any person can.

Back in 2016, Applift said that an average bid in an RTB platform takes 200 milliseconds to complete. This includes looking at the bid requests, examining the user information, assessing the bids, deciding which advert wins and serving it for each bid.

In practice, this means that the entire advertising process is moving laughably quicker than any ad buyer can. It puts that advertiser at the mercy of the programmatic buying systems that allow the transactions to keep up with the user base.

This doesn’t necessarily result in disaster - far from it. However, it does have a human toll on mobile advertising teams.

First, it puts pressure on teams to constantly stay abreast of their campaigns (even outside of working hours) to ensure they perform. Second, it makes it possible for big mistakes to be made far too easily because money can be invested quickly into a market that suddenly changes. And third, the constant grind of creating campaigns, iterating upon them and launching new creative to serve the ever-changing needs can prevent longer-term strategic thinking.

In short, the problem with the scale of mobile advertising isn’t that it’s too big. Instead, it’s too big for humans to manage as effectively as they could.

How artificial intelligence could solve this problem

This is why artificial intelligence (AI) could have such a profound impact upon the mobile advertising space, especially for buyers, for a number of reasons.

First, AI is able to provide a practical solution to the challenge of adjusting mobile advertising campaigns on the fly.

Machine learning solutions could enable advertisers to leave campaigns running without needing to closely manage them because the AI will be able to adjust budgets, targeting and ad creative dynamically. This would allow ad buyers to shift from an active hands-on role to a passive management position, enabling greater spend at scale with careful tinkering as and when necessary.

Second, AI could also improve the selling side of the equations. While programmatic advertising does already lean on user data to determine which adverts to serve them, it still produces unsatisfactory experiences (e.g. a retargeting advert imploring a user to buy a product that they have already bought).

However, AI’s could resolve that problem. By having a deeper understanding of user intent through, say, interpreting the text in social media posts accurately, AI’s will help serve relevant content to users when they need them: increasing conversion.

Third and finally, adjacent AI fields such as procedural generation could help take much of the grind out of creating campaigns.

As leading video games that mix machine learning and procedural generation have shown, it is possible to allow an AI to create meaningful content within a set of defined rules, parameters and probabilities. This could be applied to advertising copy, allowing for the creation and testing of materials at a scale a human designer couldn’t keep up with.

AI therefore has the potential to alleviate many of the stresses of buying advertising, increase campaign performance and further support purchasing at scale. This could turbocharge an already fast-growing sector: leading to better results for businesses in the future.

So, is AI the future of mobile advertising? Yes, it probably is. However, it’s also important to say that achieving this future will not be easy.

While many people describe AI as a panacea to a wide variety of problems, it is equally important to note that it is not a miracle cure and much work will need to be done for it to succeed.

For example, it is more than possible for AI to go wrong. In the world of hiring, Amazon used a machine learning algorithm in an effort to improve its recruiting efforts. But in October 2018, it was pulled after it was found to reinforce the sexist biases of the person who had written the code.

This suggests that a machine learning advertising algorithm could go as wrong as a human buyer, potentially wasting huge amounts of money if it is based on incorrect assumptions.

Equally, there is the possibility that AI could be used for knavish purposes. Already, bots are being used successfully to drive major advertising frauds. If a sophisticated AI were to be created for a similar purpose, it may well be able to fake traffic more effectively than ever before – creating a real headache for companies.

So, yes, companies should be cautious about treating AI as a perfect silver bullet striking at the industry’s problems. But mobile advertising businesses and companies that advertise on mobile should still keep a close eye on developments in the space.

AI does have the potential to solve the biggest operational and logistical challenges in the mobile advertising space. And if it does, the industry – and associated businesses – will likely be well placed to grow even faster as we roll into the fourth industrial revolution.

Duan Wei is one of the co-founders, an Executive Director, the Chairman of the Board and CEO of Mobvista. He is responsible for overall strategic planning and business direction of the Group.