Fairfax-Nine merger to complete on 7 December 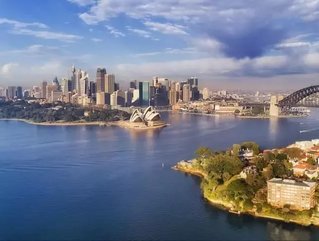 Fairfax Media, the oldest newspaper company in Australia, has announced that its shareholders have approved the proposed merger with TV behemoth Nine

Shareholder approval was overwhelming, with 81.5% of votes being in favour of the merger.

Anthony Catalano, formerly the head of Fairfax’s real estate platform Domain, raised an offer for 19.9% of Fairfax on 18 November that he said, according to Financial Times, offered superior value to shareholders.

FT said Catalano believed that declines in the share prices of both Nine and Fairfax since the proposed merger was announced had stripped the deal’s implied value of $740mn, but Fairfax’s board declined his proposal with the assurance that Nine’s offer was more attractive.

“Our shareholders clearly see the potential of maintaining their shareholding in Fairfax’s growing businesses while participating in the combination benefits with Nine,” said Nick Falloon, Chairman of Fairfax, in the company’s statement.

“We believe the merged businesses will deliver a stronger, digitally-focused media organisation with a compelling multi-platform audience reach. Thank you to everyone at Fairfax who has worked so hard to put our company in this strong position.”

“Today is a momentous day for Fairfax Media. The company is entering the next phase in its more than century-long development. Our businesses and our journalism are well positioned to continue to be the most compelling voices for the years ahead.

“The combined group’s increased scale of audiences and marketing platforms will drive value-creation and deliver long-term benefits to shareholders.”

Implementation of the merger is set for 7 December, with the newly-merged entity set to begin operations on 10 December pending regulatory approval.