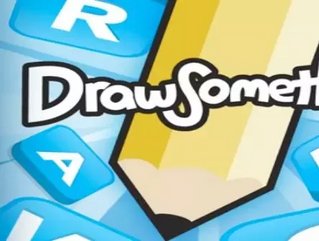 The numbers are in, and it turns out that more smartphone owners prefer to show their talents through finger sketches over shooting birds at building blocks and pig heads.

According to Zynga, the San Francisco-based social gaming giant who acquired OMGPOP last year, Draw Something was downloaded more than 50 million times within a 50-day span, making it the fastest-growing mobile game ever. The game has once again knocked Angry Birds Space from its perch, which topped Draw Something from the top spot two weeks ago.

The Pictionary-inspired game is the most popular game on the iPhone with attracts 14.4 million daily active users, while Zynga’s own Scrabble-like game Words With Friends is ranked second with eight million daily users, AppData reported based on its Facebook-generated count.

Since it was introduced, more than six billion drawings have been created through Draw Something. Zynga reported that during its peak hours, more than 3,000 drawings per second are produced.

The most popular words, All Things Digital reported, are “starfish,” “pregnant,” “six-pack,” “Hangman,” and “boom box.”