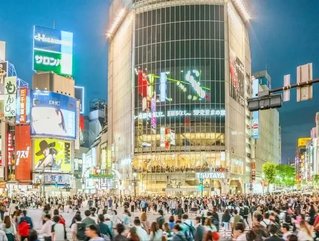 Business Chief explores all Tokyo has to offer, and how the city is prioritising tourism ahead of the 2020 Olympics

As the capital of Japan and the world’s most populous metropolis, Tokyo offers its visitors an opportunity to take in the hustle and bustle of city life, explore its relaxing gardens or experience its local delicacies such as its famous seafood market – and nowadays, the global powerhouse is making the tourism sector its key priority ahead of the upcoming 2020 Olympics.

Tokyo is synonymous with fresh seafood on sale in the streets of the city and holds the title of the world’s largest fish market, as well as being home to the world’s biggest wholesale food market of any kind since the launch of the Toyosu Market in early October. Toyosu Market replaced the historic and popular Tsukiji market after 83 years in operation and is 1.8 times bigger than Tsukiji, according to CNN Travel. The market is thought to have cost around $5bn to build and covers 407,000 sq m.

Indeed, Tokyo’s fish industry is worth approximately $3.8bn annually. Each day, over 2,800 tonnes of fish and vegetables are traded within the city, amounting to a value of $17.8mn per day. According to CNN Travel, Hiromi Amino, CEO of a major Toyosu market wholesaler, said at the launch of the new market: “Today's a fresh start for us. We’ll unite to develop this market and earn the clients' trust. At the end of the day, we would like to build the brand of Toyosu to go beyond Tsukiji for the next century.”

One of the richest and most developed countries in the world, Japan has a vast number of global companies operating across a variety of different sectors such as in IT, automotive, engineering, communications, electronics, banking and retail. With Tokyo being the busiest city in the country, a number of global giants hold their headquarters there.

The automotive giants operate at a revenue of US$128.4bn (14.6trn yen) and has over 180,000 employees. Honda has been the world’s largest motorcycle manufacturer since 1959 and is the seventh largest automotive manufacturer in the world.

Boasting a revenue of $129.7bn, Japan Post Holdings has over 24,000 offices and more than 400,000 employees. With headquarters in Tokyo, the company primarily operates as a postal and logistics business. It also provides letters and goods transportation services, stamp sales, loans, deposits and insurance products.

Recognised as being Japan’s top technology company by revenue, Hitachi has established global recognition too as it sits seventh worldwide with $89.3bn. The company primarily manufactures electronic and electrical equipment and has over 300,000 employees as of March 2018. Hitachi is also ranked on the Forbes 2000 list and currently sit 149th.

A leader in rail travel

The city is renowned for possessing the most extensive urban railway network in the world. According to CNN Travel, Tokyo has over 102 train lines serving around 14bn passengers a year. The city has a number of different rail options such as traditional trains, subways and also the Shinkansen which is a Bullet Train that operates at speeds of up to 200mph.

Although the capital city of Japan and a major international hub, planes have been forbidden from flying over Tokyo since World War II. As a result, the major airport to visitors to Japan is Narita International Airport, approximately 37 miles away from central Tokyo.

The city offers a diverse choice of shopping, entertainment, culture and dining options for tourists to explore. Since Tokyo was awarded the 2020 Olympics, the Japan National Tourism Organisation (JNTO) is aiming to increase tourism in the country to 40mn by 2020, according to Skift. The JNTO has launched a campaign to promote lesser-known attractions in the country which is being aided through TV adverts and online promotions. In a report by McKinsey entitled ‘The Future of Japan’s Tourism: Path for Sustainable Growth towards 2020’, it was noted: “Given the exponential growth in tourism income, the Japanese government recognises that inbound tourism could be an important engine of economic growth and regional revitalisation.”

The country has already seen an increase in visitor numbers of 33% from 2011 to 2015 and with an approximate 28.7mn visitors. In 2017, Japan hopes to see those figures significantly increase further before the 2020 Olympics gets underway. Tokyo is home to the tallest tower in the world, the Tokyo Skytree, which reaches a full height of 634m (2,080ft) when it was unveiled in 2011. The Skytree is second only to Dubai’s Burj Khalifa as the tallest structure in the world.

Despite being a built-up city with a population of over 9.2mn, Tokyo possesses beautiful gardens such as the Hamarikyu Gardens, Kiyosumi Garden and Mukojima-Hyakkaen Garden. With a pond in the middle of each, these locations offer visitors the perfect chance to relax and embrace Japanese culture. Just outside the city are nine small islands for tourists to visit. Each of the Tokyo Islands offers a different experience including a volcanic landscape, swimming, beaches and forest walks, providing a getaway from the busy city life in central Tokyo.