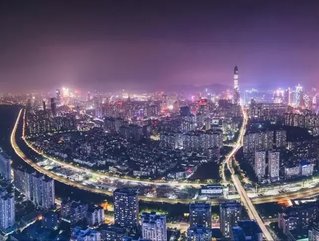 The story of Shenzhen is inextricably connected to China’s economic reform beginning in the late 20th century. Shenzhen became China’s first special economic zone (SEZ) in 1980. The SEZs were enacted as part of the wider free market reforms put in place by Chinese leader Deng Xiaoping – successor to Mao Zedong. Shenzhen served as an experiment to determine the feasibility of the plan, which resulted in increasing amounts of autonomy and rapid growth. With a population of just 30,000 in 1979, according to Britannica, the city ballooned to contain 11,908,000 people in 2018. GDP-wise, in 2018, Shenzhen narrowly leapfrogged its neighbour and fellow constituent of the Pearl River Delta megacity, Hong Kong, achieving a figure of $361.2bn.

One of Shenzhen’s most dynamic attractions is the electronics specialist district of Huaqiangbei. The sprawling electronics marketplaces and manufacturing areas have been well documented and popularised by the likes of Andrew Huang’s blog and YouTube series Strange Parts. Shenzhen Shopper lists just some of the offerings, with products and services such as phone repair, drones and wholesale electronics components. The city’s reputation has also filtered into the popular consciousness, for instance in the video game Shenzhen I/O which gamifies the challenges inherent in producing cheap electronics and the concept of Shanzhai.

German philosopher Byung-Chul Han’s book Shanzhai offers a definition of the term as fakes or forgeries that are superior to the originals. In 2009, Shenzhen expert Huang likened practitioners of Shanzhai to early incarnations of Steve Jobs and Steve Wozniak, founders of Apple. Though starting out producing unauthorized copies, many businesses in Shenzhen have pivoted to producing innovative, original items, in industries ranging from PCB design and assembly to cell phone skinning, and in outfits stretching from a few employees to a few hundred. In a documentary on the city produced by Wired, local businessman Robin Wu details the evolution of the term with the following words: “I was one of the people who made Shanzhai products. In the past, everyone looked down on Shanzhai products. Now, I think the idea of the maker is the same as Shanzhai. Shanzhai is not about copying. Shanzhai is a spirit.”

Shenzhen’s reputation for electronics and innovation is also built on the back of larger companies present in the city. Perhaps the greatest example of this is Foxconn’s gigantic Longhua Science and Technology Park, which has historically manufactured many of Apple’s iPhones. Some of China’s largest companies are also headquartered in the city, both in the technology space and otherwise.

Chinese technology giant Huawei is the Chinese equivalent of the likes of Apple for the US or Samsung for South Korea. Well known for its consumer electronics, including smartphones, the company has also recently hit the news for the networking and telecommunications infrastructure side of the business, particularly with regards to 5G. The firm was founded in the city in 1987 by Ren Zhengfei. Forbes reported this year that revenues for the giant reached $108.9bn annually.

Tencent is a diverse conglomerate, perhaps best known to the public for its gaming business. It is the owner of American video game developer Riot and its League of Legends game, one of the premier titles used in esports – the importance of which the company’s CEO recently hailed. Other pursuits include the messaging app Tencent QQ. The company was founded in 1998 by a group including current chairman and CEO Ma Huateng, also known as Pony Ma, and achieved annual revenues of $47.2bn according to Forbes.

Forbes reported Ping An’s revenue as being $151.8bn and placed it seventh on its Global 2000 list of the world’s largest public companies. The giant is a conglomerate, focusing on differing areas such as the titular insurance industry, as well as banking and investment. Founded during the city’s post Special Economic Zone boom in 1988, it is headquartered in the world’s fourth tallest building, the Ping An Finance Centre skyscraper, which was completed in 2017. Ping An’s Chairman, Ma Mingzhe, has been with the company since the year of its founding.

Upcoming events in the city include the game development event GameDaily Connect Asia 2019 at the Sea World Culture and Arts Center, and the Nordic Tech Tour at The Westin Shenzhen Nanshan, a demonstration of Nordic Semiconductor’s technology. Hugely productive on both the smallest and the largest scales, Shenzhen is well positioned to continue to grow its population and economy, and fulfil the promise of the Shanzhai spirit.