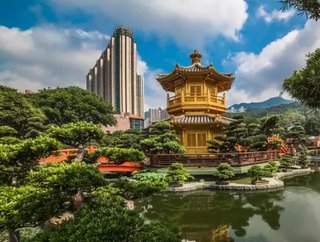 The autonomous territory of Hong Kong, officially known as the Hong Kong Special Administrative Region of the People's Republic of China, has a population in excess of 7mn. The city is known for its tall skyline, having the greatest number of skyscrapers globally, with a total of 353 buildings taller than 40 storeys. According to CNBC, Hong Kong became the richest city in the world in 2017, overtaking New York in the US, with 255,810 people being worth US$30mn or more. The city’s richest are worth $31.5trn in total. The city also ranked in first position on the 2019 Index of Economic Freedom, with its score of 90.2 from Heritage.org remaining unchanged since 2018.

Hong Kong is renowned for its skyline, with the central business district, known as Central, being home to some of the largest buildings in the world. The International Commerce Centre is the 12th tallest skyscraper globally, and stands at 118 storeys high. The Ritz-Carlton Hotel is the world’s tallest hotel, offering 312 rooms between the building’s 102nd and 118th floors. The skyscraper is owned by Sun Hung Kai Properties, which the BBC reported as the second most valuable real estate firm in the world. The 484m building also offers a shopping mall between the first and third floor, the Sky 100 Observatory on the 100th floor, and a restaurant on the 101st floor. The Two International Finance Centre, Central Plaza, and Bank of China Tower also rank among the largest buildings in the world.

Hong Kong is a global economic hub, with one the world’s most resilient economies. Some of the largest business have opted to located offices in the city, contributing to the towering skyline.

The telecommunications company, 3, is also headquartered in Hong Kong’s Central. The company, which is owned by CK Hutchinson – a conglomerate also based in the city, was founded in 2002. 3 operates in Hong Kong, Macau, Austria, Denmark, Indonesia, Ireland, Italy, Sweden and the UK. The name came from the business launching its 3G services, as well as referring to the company’s three services: 3G, GSM Dualband and CDMA. “3 Hong Kong is committed to continuously steering service innovations with an aim to enhance customer experience in mobile communications,” the company states. “Spearheading mobile data development, our goal is to shape the future of the market and provide customers with new communications and infotainment experience on a versatile mobile platform.”

Esprit Holdings has located its financial headquarters in the city. The apparel manufacturer trades on the Hong Kong Stock Exchange (SEHK), the third largest stock exchange on the continent. “Esprit is an international fashion brand that represents style and quality since 1968. Founded in San Francisco by Susie and Doug Tompkins, Esprit works on a basis of creativity and responsibility,” states the business. “Esprit has a presence in 40 countries with 761 directly managed retail stores and over 6,332 wholesale points of sale, including franchise stores and sales spaces in department stores, who share the company’s quality standards and brand essence.”

The Bank of China is the nation’s fourth largest bank – founded in 1912 it has now reached a market capitalization of $158.6bn, according to Forbes. It also featured in ninth place on Forbes’ Global 2000 list in 2018 and its World’s Best Banks list for 2019. Last year, the firm’s Hong Kong business recorded operating profits of $257.5mn and income of $351mn. The subsidiary is the second largest commercial bank in Hong Kong and is one of three banks to be issued a license from the Hong Kong Monetary Authority to print banknotes. The Hong Kong subsidiary is headquartered in the world’s 50th tallest tower. The building is one of the city’s most recognisable structures; inspired by bamboo, the tower was the tallest in Hong Kong until 1992. It was the first building to reach 305m outside of the US, standing at 315m.

The city’s views can be seen when travelling on the iconic Star Ferry. The tourist attraction travels across Victoria Harbour between Hong Kong Island and Kowloon. The Star Ferry Company has a fleet of 12 vehicles and transports around 70,000 passengers every day, totaling around 26mn per annum. “The National Geographic Traveler named the ferry crossing as one of 50 places of a lifetime. The ferry ride is also well known as one of the world’s best value-for-money sightseeing trips,” claims the firm. Victoria Peak, also known as The Peak, is located in the west of Hong Kong Island and is elevated 1,811ft. The hill is a huge tourist destination, offering views of the city, with The Peak Tram taking visitors through scenic surroundings before reaching its destination. The tram is reportedly one of the oldest funicular railways in the world.

The city’s transportation system is uses both public and private systems. According to the Hong Kong Government’s Travel Characteristics Survey, the city has the highest rate of citizens using public transportation every day: more than 90%. The Mass Transit Railway (MTR) runs overground, underground and tram-style services across the city. The services transport approximately 4mn people around Hong Kong each day.