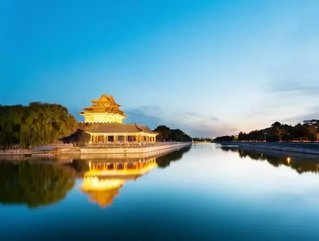 Despite 3,000 years of history, China’s capital only came by its current name in 1403, when Beijing, meaning “Northern Capital”, was first applied to the city. Today, Beijing boasts a population of around 21.7mn people. No slouch in economic power, the city is home to some of China’s (and consequently the world’s) largest companies, powering a GDP of 3.032trn RMB (US$442bn) in 2018.

Despite its advanced age, Beijing is certainly not in its twilight years, instead experiencing rapid growth and expansion. One source of this growth is China’s equivalent to Silicon Valley, the economic zone of Zhongguancun. Located in the northwestern part of Beijing, the area is reportedly home to 9,000 tech companies. Cultivated intentionally by the Government as part of the wider free market reforms put in place by Chinese leader Deng Xiaoping, the project was akin to the Special Economic Zones that led to cities like Shenzhen achieving meteoric economic success.

Further reinforcing Zhongguancun’s high tech reputation is the presence of a large number of technology firms, both Chinese and international. From the former group, tech giants Baidu and Sina Corp both call Zhongguancun home. From the latter, Microsoft, IBM and Google all have a presence in the zone.

Born out of the Douyin product for the Chinese market, ByteDance’s TikTok app has brought it global attention. A spiritual successor to the now defunct Twitter-owned Vine, it allows users to create short looping videos, with the format being ripe for producing viral hits. The app was combined with video lip-syncing app Musical.ly after an acquisition in 2017, uniting two phenomenally popular, youth-targeted services and leading the company to become the world’s most valuable unicorn.

Transportation company DiDi was founded by an alumnus of Hangzhou-based ecommerce giant Alibaba, Cheng Wei. Originally backed by Tencent, in 2015 it merged with its biggest, Alibaba-backed, rival, Kuaidi. Such was its dominance of the Chinese market that, in 2016, it bought out Uber’s Chinese business. Like Uber, it has since expanded beyond its original ride-hailing remit, with the company branching out into areas such as robotaxis where it is planning to test its fleet of autonomous vehicles on the streets of Shanghai imminently.

JD.com operates one of the biggest business-to-consumer ecommerce sites, rivaling the Alibaba-owned Tmall. Alibaba’s competitor Tencent is a big backer of the site, as is American retail corporation Walmart. Although founded in 1998, it took until 2004 for the company to first open its website. While Singles’ Day drives huge profits for Alibaba, JD pioneered its own celebration which takes place on 18 June, the “618 Anniversary Sale”. Its success prompted Alibaba, as well as rival Pinduoduo, to also adopt the holiday.

A city on Beijing’s scale needs an airport to match. Beijing Airport was the world’s second busiest passenger airport in 2018, with over 100mn passengers passing through. Despite its size, continuing growth meant that it was fast approaching capacity. To lighten the load, the city opened another in September 2019: Beijing Daxing International Airport. Located to the south of the city and, thanks to its distinctive multi-armed design, nicknamed “starfish”, it boasts the world’s largest single terminal building, coming in at over 1mn sqm. In most cities, a project on such a scale would be tied up in years of bureaucracy. Daxing International Airport, however, was built in just five years at a cost of 120bn RMB ($25bn).

Initially serving fewer passengers than its older relative, the plan is for Daxing to gradually ramp up its capacity. 45mn passengers are expected to pass through by 2021, 72mn by 2025, and 100mn by 2040. At the time of its opening, Vice Premier Han Zheng was quoted in the South China Morning Post as saying: “[Chinese Premier] Xi Jinping attaches particular importance to and has personally encouraged the development of Daxing International Airport, a major engineering project that is symbolic of the capital. It will significantly improve the global competitiveness of national airlines, promote our country’s continued opening up to the wider world, and ease pressure on Beijing’s facilities.”

Upcoming events in the city include, on 18 February, the 13th Open Auto Drive Forum on the standardisation of autonomous driving technologies, including participants from BMW and Chinese mapping firm Kuandeng. For a Valentine’s Day treat, consider heading to the fintech-themed Digital Accelerator Programme run by the Investment Management Association of Singapore. A forward-looking city, Beijing does not rest on its ancient laurels, preferring to embrace and accelerate towards a technological future.