Can Chinese companies recover after asbestos is found in toys? 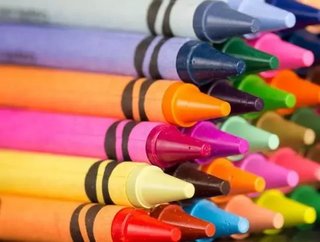 Not even toys are safe anymore in the Asia-Pacific region.

Cancer-causing asbestos fibres has been discovered in a wide variety of children’s toys throughout Australia, mainly crayons featuring popular cartoon characters such as Mickey Mouse, Power Rangers and Teenage Mutant Ninja Turtles. In addition, other toys including as a CSI-style science kit containing “forensic” powder also allegedly contains some amount of asbestos.

The Chinese company Amscan produced the crayons, which are available from several online retailers and party suppliers. The company is the largest designer, manufacturer and distributor of decorated party good and party accessories in the world.

All of the toys testing positive for asbestos were created in China. Previous tests in the United States back in 2000 also found asbestos in crayons imported from China.

Asbestos is a set of six naturally occurring minerals, and continuous inhalation of its fibres can trigger life-threatening illness such as cancer. The diseases that stem from it can emerge decades after the exposure has ended.

This recent surprising discovery was also made in the U.S., as tests were made at the Scientific Analytical Institute for a report oversaw by the environmental non-profit Environmental Working Group (EWG) Action Fund. According to the report, 28 boxes of crayons were tested and asbestos was found in four of them.

It’s not known how asbestos got into the crayons, although it’s possible it stems from a contaminant of talc used as a binding agent.

Now Aussie unions and asbestos support groups are seeking a tougher, stricter enforcement of the nation’s asbestos ban, acknowledging that the lives of several children are at risk.

Australian Border Force commissioner Roman Quaedvlieg believes this dangerous chemical is flying below the radar, but acknowledged the agency will struggle to win a conviction due to the difficulty of proving the source and the intent.

Now, momentum is building up across the globe to help eliminate asbestos in children’s toys, as supporters are pleading with retailers to end distribution of products containing the deadly fibre.

Although the federal Department of Health recently said occasional exposure to low levels of fibres only presents a low risk to the health of humans, international experts responded by warning that exposure to children can be more serious.

According to the U.S. Centres for Disease Control and Prevention, exposure to asbestos as a child allows more time for an asbestos-related illness to develop later in life. EWG believes the crayons emit asbestos fibres as children use them, while it can easily be inhaled in the crime scene kits.

As the world strives to get rid of asbestos, the question is if Amscan will survive through it.