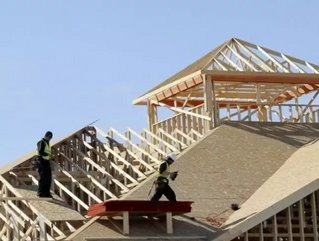 Many, including UBS’s global chief economist Larry Hatheway believe that the Reserve Bank may soon need to bring new tools to the table in regards to the bubble-like conditions in the property market. Joe Hockey, Federal Treasurer, disagrees with the bubble assessment of real estate in Australia.

Hatheway believes that the country must rebalance its economy following the dependence on the mining goods sector towards consumption and investment in other exports. He also added that macro prudential tools, which may include the setting of limits on loans that banks can issue with small deposits as used by New Zealand's central bank, should be considered by the RBA.

"The Reserve Bank has never really been a big fan of macro prudential tools, however if they're unable to see some depreciation of the currency,  which is necessary for the rebalancing of the Australian dollar, and also continue to see house prices moving higher, they may have little choice but to reconsider."

The Reserve Bank’s historically low cash rate (2.5 percent) has benefitted the housing and construction markets in a number of ways, with house prices surging in many populated areas in Australia.

Private sector economists and bankers, along with Hockey, disagree with the notion of the formation of the property bubble in their country. He believes, instead, that rising prices are a reaction to the lack of supply.

"I'm not so sure it's credit fuelled," Hockey said during a seminar in Sydney. "There's a lot of cash going into property now."

"Australia fundamentally doesn't produce enough houses to meet demand. It is just an infinite mantra for international commentators, for analysts based overseas to say 'well, you know, there's a bit of a housing bubble emerging in Australia.’ That is rather a lazy analysis, because fundamentally we don't have enough supply to meet demand. That doesn't suggest there's a bubble; there might be a price increase of some substance, but you'd expect the market to react and produce some more housing."