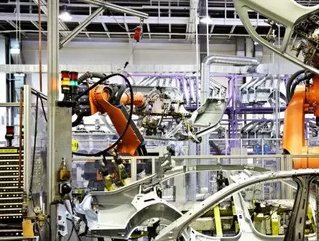 Jac Nasser, former President of Ford has warned that the struggling Australian car making industry’s demise is ‘inevitable’ owing to a high dollar, high costs and excess overseas capacity. Nasser also went onto say that the nation is risking its chance of recreating the resources sectorinvestment and jobs of the last boom if better tax and workplace relations policies are not put in place.

The BHP Billiton Chairman's dire assessment of the nation's deteriorating car industry comes after Holden this week said it would axe 500 jobs in Adelaide and Melbourne as it cut production from 400 cars a day to 350 because of the strong dollar, which was last night trading at a seven-month high above $US1.05.

Nasser, who worked at Ford for 33 years, said that two or three years ago he had been optimistic the industry could survive, however this was no longer the case. “The signs aren't good,” he said yesterday. “You've got an exchange rate at a 30-year high, you've got higher costs in Australia, you've got excess capacity in the motor industry worldwide, you've got a very weak currency in Japan and you've got a weak euro.

“When you put that mix together, it's very difficult to expect a relatively small but talented Australian auto industry to work its way.”

Australia’s car making industry consists of just three manufacturers – Ford, Holden and Toyota. Competition from overseas has had a profound impact on the auto manufacturing industry and last night the Australian Manufacturing Workers Union highlighted this by urging the Gillard government to consider imposing higher tariffs linked to the value of a foreign currency. Furthermore the union accused rival car manufacturing companies, particularly Japan of “not playing by the book.”

During the conference, Nasser spoke passionately about retaining the manufacturing sector in Australia, however his outlook was not optimistic. He said it was difficult to predict how long it would be before there was no car manufacturing in Australia, and stressed it depended on the strength of suppliers.

“As soon as you have a reduction in the scale of domestic manufacturing - let's assume one of the three decide to exit Australia in terms of manufacturing - then you end up potentially with sub-scale supplier infrastructure,” he said. “Once that happens, I think it's a domino effect. It would be a very sad day for Australia but unfortunately it looks like it could be inevitable.”