Australia recommits to Paris Agreement after Trump pulls out 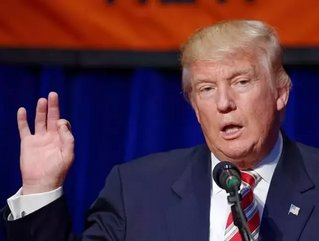 Josh Frydenberg told ABC: “We reiterate our full commitment to the Paris Accord. We believe that the targets we agreed to, the 26 percent to 28 percent reduction in emissions by 2030 on 2005 levels are reasonable, are achievable.”

I do believe that it is still a very meaningful agreement. You have more than 190 countries that signed on, and in record time, 146 countries have ratified. So even without the US, around 70 percent of the world’s emissions are covered by that agreement.”

Frydenberg added that it was important for the US to remain in the agreement as the second largest emitter. But he insisted the Paris Agreement remained meaningful.

Alternatively, former government minister Eric Abetz suggested a potential Australian withdrawal from the agreement as climate policy could increase the cost of electricity and transport in Australia.

As reported by the Guardian, Abetz said: “I have long said that should countries like the United States, China or India withdraw their support or fail to live up to the non-binding targets, Australia should similarly pull back to allow for an increased focus on supporting families and jobs in Australia.”