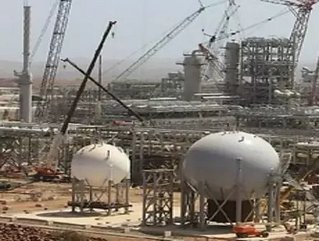 Adding a third commodity to the resources boom, Australia could become the world’s largest exporter of liquefied natural gas (LNG) by 2018, the Australian Business Times reported.

April will mark the first Australian shipment of LNG from Western Australia’s Woodside Petroleum’s Pluto project, a $15.1 million venture that is sparking discussion about the sector’s growth, the Financial Times said. Currently, Qatar is the number one worldwide exporter.

According to the Bureau of Resources and Energy Economics (BREE), 70 per cent of the global capacity of LNG is currently under construction here. With eight large projects on the docket, including Woodside and one in Darwin, the organisation estimates that Australia would be capable of 40- 50 years worth of LNG production. In addition to iron ore and coal, LNG would provide another resource to fuel the national mining boom.

"While Australia may have challenges, it's still OECD production, it's still low political risk and even if projects are a bit late, it is still safe and secure production for the next 20 to 30 years," Craig McMahon, head of Australasia upstream research at Wood Mackenzie, told the Financial Times.

Despite competition from the United States’ shale gas industry, Australia is poised to enter what some experts are calling “the golden age of gas.” In January, UPI reported that Chinese oil giant Sinopec finalised a $1.1 billion deal to support the LNG project in Queensland. In Japan, with only one of their 54 commercial nuclear power plants in operation, they are also relying on Australia’s supply of LNG.