Australia moves to reduce impact on environment through carbon farming 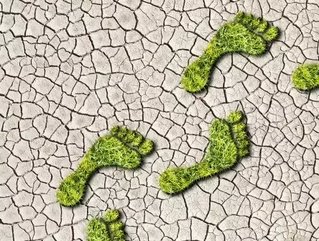 A new addendum to the Emissions Reduction Fund will allow projects that store carbon in grazing system soil to be eligible for funding and carbon credits. The Emission Reduction Fund is the centrepiece of the Australian Government’s Direct Action Plan, with the goal to work towards reducing emissions by five percent below 2000 levels by 2020.

Carbon farming is the first soil-related project that has become eligible for earning carbon credits under the Carbon Farming Initiative (CFI). This scheme, which began in 2011, seeks to boost emission cuts by providing incentives to those working in the field. Greg Hunt, the Environment Minister, believes that stopping carbon emissions from being released into the atmosphere via storing it in the soil presents the biggest opportunity for reducing the nation’s impact on the environment and climate change.

"This initial methodology is expected to be ready in mid 2014, in time for land managers with soil carbon sequestration projects to participate in early rounds of the Emissions Reduction Fund," Hunt shared.

Starting in July, CFI projects will be able to sell offsets to the government’s proposed EMR. If approved by parliament, CFI’s will be paid to stop polluting. Hunt was enthusiastic that other soil carbon methodologies would ready to be implemented before the end of the year.

Back in 2010, Hunt estimated that soil carbon would potentially account for around 60 percent of carbon cuts need for Australia to meet its goal of reducing emissions enough by 2020. He has since lowered his estimate. Several critics, including a number of scientists from the Commonwealth Scientific and Industrial Research Organisation (CSIRO), think that the potential of soil carbon has been exaggerated by the government.