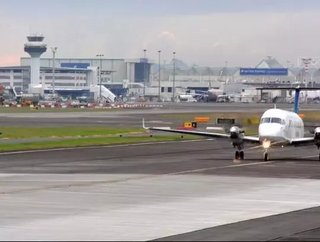 The number of Chinese arrivals at Auckland Airport jumped 92% in February compared with the previous month, according to new data from Stats NZ.

Although Chinese New Year accounted for much of this growth, February’s numbers indicated a year-on-year rise of more than 100%, with 68,900 arrivals.

Auckland Airport is also after a new runway. Having operated on a single runway since it opened around 50 years ago, it expects passenger numbers to more than double to 44mn by 2044. Consent for a second runway was approved back in 2002.

Visitor numbers from Hong Kong and Taiwan will also factor into this growth, while Air New Zealand said last month it was launching a new direct service from Auckland to Taipei, the Taiwanese capital.

Speaking at the time, Scott Tasker, Auckland Airport’s general manager aeronautical commercial, commented: “New Zealand already welcomes more than 36,000 visitors from Taiwan every year. The introduction of a direct service will be attractive to Taiwanese visitors and will encourage travel to New Zealand as a holiday destination.”

A similar trend is occurring in Australia. Sydney Airport saw a 17.3% increase in Chinese visitors through 2017, helping take overall passenger numbers up to a record 43.3mn.

Tourism is just one area of increasing collaboration between ANZ and China, with exporters from numerous industries beginning to take advantage of Chinese demand for local products such as food and drink and technology expertise.