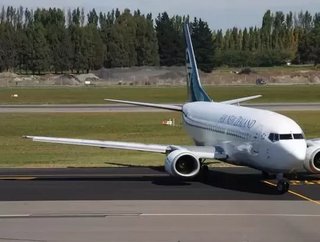 After ending its seven-year code sharing agreement with Virgin Australia for flights across the Tasman Sea, Air New Zealand has announced the creation of two new routes to boost its trans-Tasman capacity.

Both airlines decided it was in their best interest to go it alone from October, when the flight sharing agreement ends, with Air New Zealand quick to establish new business opportunities.

As well as opening up new routes, the Kiwi carrier is also boosting capacity out of Auckland with extra flights to Sydney and Melbourne.

In total, the airline is adding around 15% extra capacity to its operations across the Tasman Sea.

“This move will enable us to deliver a more consistent customer experience by using our own fleet and delivering an improved schedule, which we’ll provide more details about shortly.”

Code sharing flights enables carriers to save on operating costs on routes that they may not have filled single-handedly. However, due to increases in air travel across the Tasman, Air New Zealand and Virgin believe they can operate more successfully alone.