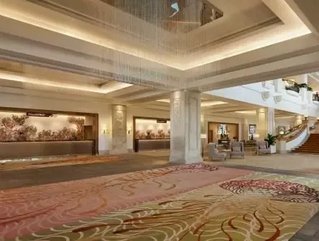 “They can’t build properties fast enough or grow fast enough,” Douglas Quinby, Senior Director of Research for travel industry research consultancy PhoCusWright, said earlier this year about the booming Asia Pacific tourism industry. “The hotel markets in China and India had been largely constrained, so there has been an extraordinary amount of investments in those markets.”

Encompassing a diverse collection of countries throughout Oceania, Asia and India, Asia Pacific has enjoyed the fastest growth in the travel market over the last year, and they’re poised to continue this growth into 2012.

According to projections released by the research company, the Australia-New Zealand region’s hotel booking revenue is expected to grow by six per cent by this year’s end and another five per cent next year, while the Asian region’s booking revenues will continue to skyrocket by 14-18 per cent into the new year.

The biggest winners of this upswing? Luxury hotels.

Setting a new standard for waterside luxury and opening just in time for the summer holidays, the Surfers Paradise Marriott Resort & Spa has undergone a $20 million refurbishment. Located minutes from the heart of the bustling beach town, the 19-year old establishment has long been a tourist icon on Australia’s holiday coast. The 28-level resort features 329 upgraded rooms and a five-star Presidential Suite, in addition to an “interactive” four-zone buffet restaurant with eight culinary concepts called Citrique and a renovated saltwater lagoon. A star attraction at the resort, the one-of-a-kind private lagoon offers guests a temperature-controlled, eight-metre deep Great Barrier Reef-like playground full of tropical fish, with caves and a grotto to explore by snorkel or scuba.

“The refurbishment works that have been undertaken are a strong vote of confidence in the Gold Coast, tourism in Australia and the property itself which is now right up at the top of the five star rankings nationally,” said Director of EHP (Gold Coast) Pty Ltd, the owning company, Mr. Erhard Hotter, in a press release about the refurbishment.

Their efforts have not gone unnoticed: the hotel was recently named a “Top 10 Hotel” in Oceania in the prestigious US-based Condé Nast Traveller’s 2011 Readers' Choice Awards.

Marriott International Inc, the world’s largest US hotel chain with presence in 71 countries, is at the forefront of international hotel expansion: in 2012, they plan to add 30,000 rooms globally, edging closer to the goal of operating 300 hotels in the region by 2015.

“Asia Pacific is our growth factor,” Neelima Chopra, Marriott International’s Asia/Pacific chief sales and marketing officer, said in an October article on LiveMint. The hotel chain’s loyalty member growth rate has doubled the pace of last year’s new enrolments in the region. “We are going to open 20 hotels in China, nine hotels in India and eight to nine hotels in Thailand next year.”

Marriott is certainly echoing a worldwide trend: PhoCusWright recently reported that, while Europe is still the leading travel market, the Asia Pacific region has surpassed that of the US. Particular standout destinations on the upswing are China and India: according to the September 2011 STR Global Construction Pipeline Report, there are 1,309 hotels – totaling a whopping 314,309 rooms – in the Asia Pacific development pipeline.

“The India hotel pipeline is mainly oriented towards upper-upscale and upscale projects, accounting for more than half of the rooms in the Construction or Final Planning phase,” Elizabeth Randall, managing director of STR Global, said in a news release. “In contrast, the China pipeline growth is mainly geared towards luxury segment, while only 35 per cent of the new supply is from midscale and upper-midscale projects.”

Several other hotels are poised to capitalise on this regional growth factor.

-          Alila Hotels and Resorts, a luxury boutique hotel brand with seven properties across India, Indonesia and Cambodia, is planning to open another 17 hotels by 2013. A majority of the new properties will be in China and Indonesia.

“We see the growth of branded resort residences to continue in Southeast Asia,” said Alila President Mark Edleson in an October interview with Hotel News Now. “As wealth continues to be created in Asia, the demand for leisure residences will increase.”

-          MGM Hospitality signed an agreement in October to open three hotels within the 20 acre (eight hectare) Maker Maxity complex in Mumbai, India: a Bellagio, an MGM Grand and a Skylofts hotel. The complex also features commercial office buildings, an upscale retail development and a private club, with close proximity to Bollywood and the affluent Bandra neighbourhood.

-          Intercontinental Hotels Group is expected to open 12 new properties under its yet-unnamed China brand. The first opening is forecast for late 2012 or early 2013. As told to Hotel News Now, over the next five years, one in four ING hotel rooms will be in China.

-          Hyatt Hotels Corporation also announced in October their plans to open two Hyatt Place hotels and one Hyatt House hotel in Shanghai, set to open between 2014 and 2015. In addition to eight full-service hotels in China, the hotel brand has 32 hotels under development in China and more properties under development in India, Europe and Latin America.

Asia Pacific accounts for almost one-third of global travel, and thanks to an increase in worldwide internet access and online purchasing, PhoCusWright forecasts a likely double-digit growth in the online travel market by 2012.