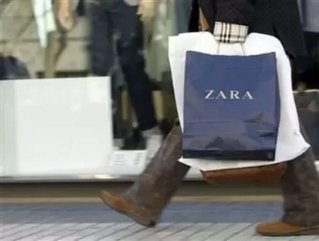 Sluggish sales in Europe are no bother for its two largest fashion retailers: both companies have seen their profits rise considerably thanks to a global expansion drive across Asia – and soon, Australia too.

According to recent reports published by 4-Traders, Spanish retailer Zara’s profits increased by 15 per cent within the first financial quarter, said its parent company Inditex. "Our feeling is that Inditex has managed to offset weak sales in southern Europe with online and Asian sales growth,” said analysts at broker Chevreux, according to 4-Traders.

As of April 30, Zara had 5,618 stores in 84 countries, 464 of which opened during the first quarter. The rapid succession of store openings is part of Inditex’s push for global expansion through Asia and Latin America, where sales have offset the need to depend on consumers in Spain.

Zara is expected to have 425 stores across China by the year’s end, including an online store set to launch this September. In Australia, the fast fashion retailer expects to have four Australian shops.

Swedish retailer Hennes & Mauritz (H&M) won’t be caught out of the global race: according to 4-Traders, Europe’s second largest retail chain plans to expand its stores by 10-15 per cent a year.

Specialising in budget fashion and designer collaborations, H&M has reportedly fared well in the European consumer market. Europe represents more than three-quarters of the retailer’s total sales – Germany and the Nordic region account for a whopping 40 per cent alone – but just as Zara is doing, H&M is looking beyond their European borders.

Similarly, China is at the top of their list. Last October, Bloomberg reported that H&M was opening stores in China more rapidly than anywhere else in anticipation that Chinese shoppers would snap up its pricier Monki and COS labels.

Already at 2,575 stores worldwide, H&M is expected to add 275 stores by the end of the year with rumoured locations in Sydney and Melbourne.

Other global fashion brands including Abercrombie & Fitch, TopShop, Uniqlo and Forever 21 have also reportedly set their sights on expanding Down Under.