Alibaba to set up logistics centre in Thailand as part of 1.5trn Baht EEC project 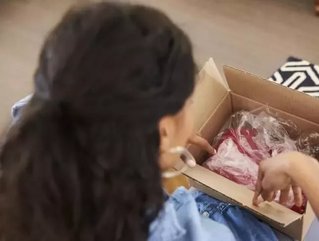 E-commerce giant Alibaba is in talks with the Thai government to set up a new logistics centre in the country.

Thailand will then form a hub for the company’s “aggressive” South East Asia expansion.

The South China Morning Post has said a new logistics hub will bring Alibaba “one step closer to fulfilling founder and executive chairman Jack Ma Yun’s dream of empowering small companies to trade globally” – this according to the news outlet which is owned by Alibaba.

Thailand’s Industry Minister, Uttama Savanyana, announced that the logistics centre is planned for Chachoengsao, which is one of three provinces making up the government’s flagship “Eastern Economic Corridor” (EEC) scheme.

Savanyana stated: “Alibaba can confirm it will invest in Chachoengsao, one of the three EEC provinces, but the company itself will announce further details later.”

The logistics centre will be the latest in a line of South East Asian investment by Alibaba which has recently included a $2bn investment into Lazada, the region’s largest ecommerce company.

An Alibaba spokesperson told the South China Morning Post: “Our focus for the region is to… [drive] partnerships with merchants, offering them access to new customers and markets, enabling SMEs as drivers of economic growth and foster hassle-free trade and ecommerce across borders.”

Jack Ma will meet with Thai officials on Friday to discuss in more detail Alibaba’s investment in the EEC.

What is Thailand's Eastern Economic Corridor?

In May 2017, the Thai government announced plans to form a new economic zone: a 13,285 sq km area including three provinces: Chachoengsao, Chonburi and Rayong.

The project is to be worth at least 1.5trn Baht ($43bn) including public and private investment over the next five years.

Business Chief visited Thailand to speak to Secretary General Kanit Sangsubhan about his hopes for the project and how it might help the emerging economy of Thailand keep up with key technological developments. “We set up the EEC because technology disruption is sweeping across the world now. If you cannot follow the trends, you will be in trouble.”

Sangsubhan was also keen to express that the EEC aims to promote cooperation in order to put technological development in the region first. “We’re not in the competitive mode so much,” he tells Business Chief, “we’re talking more about cooperation.

“We compete but it’s a healthy kind of competition, to obtain new technologies. That’s what we need, but it’s not about competing for the business. We can get along well. With the EEC, we’ll call for cooperation with our neighbouring countries. The question is, ‘how can we spread the development of this region from the EEC to the likes of Myanmar or Cambodia?’ That’s our aim.”

An aim, no doubt, which will be helped along by one of the most valuable e-commerce giants in the world.