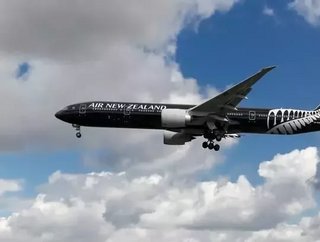 The Randstad Employer Brand Research award has granted Air New Zealand as the most attractive employer in the country for the second year in a row.

Although this is the second consecutive year the firm has been granted the award, it has won a Randstad Employer Brand Research award five times in total.

The carrier was awarded most attractive employer it’s focus on technology and financial stability.

“Our focus on innovation and technology is very much driven from within the organisation, and our employees play a huge part in consistently improving the way we do things for our customers,” stated Christopher Luxon, CEO of Air New Zealand.

“This is the fifth time we've won this award which clearly reflects the efforts of our nearly 12,000 employees who play an integral role in upholding our strong reputation.”

The Department of Conservation was ranked second, followed by the Ministry of Business, Innovation and Employment, and Healthcare of New Zealand.

The Randstad Employer Research found that people in New Zealand prioritise a work-life balance when finding an employer.

“This 'work to live' employee mindset reinforces the importance of companies having solid policies in place for flexible working, if they want to remain competitive and retain great people,” remarked Katherine Swan, Country Director at Randstad New Zealand.

“With 30 per cent of New Zealanders planning to change roles within the next year, a marked increase from last year, we are calling on businesses to revitalise their employer value propositions.”

“It's crucial that companies present a true image of who they are and commit to it. That is the secret to the success of New Zealand's most attractive employers.”