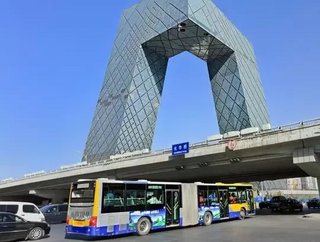 Apple is looking to further expand its services in China, but has recently created significant tensions by eradicating all unlicensed VPN’s in the country, in a bid to abide by its strict censorship and cyber security rulings. It has also recently agreed to build a new data centre in Guizhou as part of a $1 million investment plan.

Diving into an increasingly competitive market, Apple have always made its products solely accessible by paying customers. Its products will only work with other compatible Apple products, creating irritation amongst its users. However, Apple’s approach has now backfired in the Chinese market with regards to developments within its new public transport payment system.

Traditionally, individuals in Beijing would utilise a traditional transport card by Yikatong. However, the company has recently stated that customers can now pay for its services through its contactless payment app, accessible on smartphones only.

The new app will now let android users tap their smartphone on public transport, rather than use their transport card – an innovation with NFC which is sure to gain momentum with other payment and transport providers within Beijing.

The move will come as a huge blow to Apple’s ambitions to gain a slice of what is considered a huge area of revenue. With such strong competition from other well-known mobile providers and tech companies such as Tencent and Alibaba, which link its payment apps with its messaging apps, Apple has yet to gain potential ground.

With depleting iPhone sales and minimal payment transactions through its Apple Pay service, Apple’s policy surrounding third party contactless payments has now seen it barred from enabling users to use its services on public transport. However, android companies, such as Samsung and Huawei, do allow third party apps to be installed on its products.