Will LNG remain a key energy source for Japan? 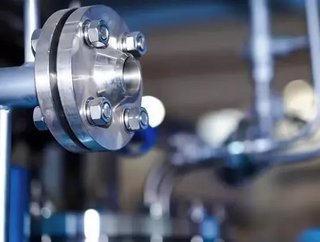 Japan imported 8.3 million tonnes of LNG in January, an increase of 1.06 million tonnes compared to the previous year. The data, released by the Japanese Ministry of Finance, also reveals that the amount the country pays for LNG imports had increased by 6.7 percent since 2015.

Japan is one of the largest LNG importers in the world and it is expected that gas and LNG will continue to remain a key energy source in the future. The nation’s reliance on LNG rose in 2011 following the closure of the country’s nuclear reactors, and as these latest figures show, has continued to increase since then.

Ahead of next month’s Gastech Exhibition & Conference in Tokyo, Koichi Wada, Division COO, Natural Gas Business Division at Mitsubishi said: “Natural gas has an advantage from environmental and supply-diversification perspectives and could compensate if the targets of other fuels are not achieved. In this context, we see that natural gas could potentially have a higher share in the mix target of 2030 and the trend might continue until 2040.”

The Paris Agreement, which calls for governments to reduce their greenhouse emissions, will transform the future of the Japanese energy mix. Whilst renewable energies will account for a certain percentage in the energy mix throughout the world. The current shortcomings around operability will mean that renewable energies will be unable to supply all energy needs. According to analysts, Eclipse, Japan’s total LNG demand is predicted to stand at 77 million tonnes by 2020.

Gavin Sutcliffe, Head of Content at Gastech organise, dmg events Global Energy, added: “As a signatory of the Paris Agreement, Japan needs to quickly reprioritise its energy policy. Whilst the nation’s energy sector has remained largely unchanged over the past few decades, we are expecting to see significant shifts in the composition of the country’s energy mix in the near future, with a marked preference for LNG and gas.”

Japanese energy companies are continuing to invest in the LNG and gas aspects of their businesses. Mitsubishi recently commissioned the PT Dinggi Senoro LNG (DSLNG) project, demonstration that gas will continue to play a significant role.

Sutcliffe said: “We are expecting to see Japanese energy companies engaging in the development of prime assets, as well as exploring and cultivating new demand in emerging countries.”

Gastech 2017 will take place over four days from April 4th to 7th in Tokyo, Japan. It promises to bring together top global chiefs, energy experts and decision-makers to explore the key topics affecting the industry.