Telstra: Past, Present, and Promising Future 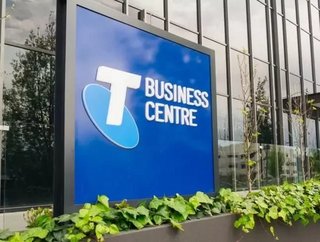 Telstra is the largest telecommunications and media company in Australia today. The company's lauded history goes back to the Postmaster General's Department in 1901. As technology and industry advanced, Telstra maintained its position at the cutting edge of new advancements in communications. Today they are a fully privatized company offering a full range of communications, not only in Australia but on an international scale.

The Beginnings of Australian Communication

Telstra was there are the very beginning of efforts to drive communication in Australia in the early 1900s. At that time, communications of every type were placed under the Postmaster General's Department, including postal, telegraph, and telephone services. At the turn of the century, telegraph remained the primary mode of communication, although telephone services were becoming more and more popular. As more and more cities were added to telephone line services during this era, telephone become more widely available as a communication device to larger portions of the population. By the 1930s all capital cities with the exception of Darwin were connected to the service.

Through the 1940s and 50s the need for more international communication became increasingly important. The Overseas Telecommunications Commission was established to enable Australia's connection with the rest of the world. By the 1960s the availability of coaxial cable allowed for simultaneous connections, rather than the previous generation's trunk lines with multiple parties, and Australia enjoyed the introduction of satellite television broadcasts.

By the 1980s innovative thinkers turned their attention to the blooming mobile phone industry and by 1995 the Overseas Telecommunications Corporation officially changed its name to Telstra, turning a great deal of its attention to high-speed cable internet as the best means to connect people across the world.

Telstra, Today, Tomorrow, and Beyond

Telstra's main purpose is to connect people - not just the elite who can afford it or the Government who demands it, but everyone. Their belief is that by making the latest advancements in communications available to the masses that we all can benefit from the exchanging of ideas and knowledge across a global connection. Telstra doesn't only serve Australia: they are a company with global reach and interests in other nations. Going forward, the company promises to expand its product base as digital and future markets evolve and new innovations become available.