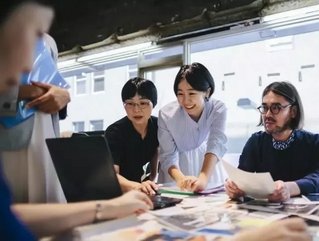 Japan has a reputation as one of the world’s most technologically advanced countries, but it's a perception that may falter with the lack of startups. While the US and China have produced hundreds of technology startups between them, often rising to become the cream of the crop, Japan still relies on old stalwarts such as Sony, Nintendo, Panasonic, Fujitsu and Hitachi.

When the words Japan and startups collide, one can’t help but think of SoftBank. SoftBank is the largest technology investor in Japan and also arguably the world, thanks to its Vision Funds. The first saw the company in the likes of Uber and WeWork, the latter of which it later bailed out after its failed IPO. Vision Fund 2 is said to have a specific focus on companies advancing the cause of artificial intelligence. What’s a constant is the lack of investment in Japanese startups.

The poor showing for Japan in the Unicorn count has not gone unnoticed by Japanese society, with the Japanese government pledging in 2018 to produce 20 tech unicorns by 2023. It’s certainly strange, considering Japan remains one of the world’s largest economies, yet doesn’t produce anywhere near as many startup successes. The finger of blame is pointed in different directions, but according to Asia Times, Masoyashi Son’s take is that venture capitalists in the country are stingy, that the public has a preference for public companies and that there is a cultural aversion to risk-taking.

Nevertheless, Liquid is the latest tech unicorn to come out of the country. The fintech firm breached the $1bn unicorn barrier in April, thanks to investment from IDG Capital and Bitmain. The cryptocurrency exchange allows for the global trading of currencies such as Bitcoin and Ethereum, as well as fiat currencies. The platform has both a desktop and a mobile interface, and is headquartered in Tokyo.