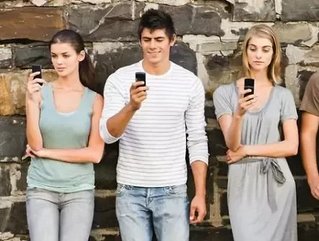 This story originally appeared on Australian IT on 3 January 2012.

The 15-year spectrum licences - necessary for delivering mobile services - are up for renewal this year, and as the government puts the final touches to the renewal process, the expectation is that the sale of the licences could bring in up to $4bn to government coffers.

When the licences were first sold to the likes of Telstra, Optus and Vodafone between 1998 and 2000 they fetched a combined $2bn, but as the use of mobile services has blossomed over the past decade analysts expect the fee to double.

Mobile operators are desperate to renew the licences, and to acquire additional spectrum, which allow them to load more customers on to their mobile networks and offer faster download speeds.

Without the added capacity, the mobile operators would be facing overloaded and unusable networks.

Such is the government's expectation of a big windfall from the spectrum renewals that during negotiations earlier in the year to set rules for the auction, the big three mobile operators were warned that if they did not offer enough money to renew their licences the government would launch a public auction.

That would have created a situation where the bidder with the most cash could have walked away with a rival's previous spectrum holding.

As it stands, the federal government will pursue a renewal process, followed by an open auction should any spectrum allocations be left over.

The cost to renew spectrum licences will represent substantial capital expenditure for all of the major mobile operators involved, with analysts estimating the renewals could cost between $800 million and $1bn for a four-year licence.

Those costs present a tricky financial situation for all the major mobile operators, but particularly for Vodafone, which was last year hit by a series of network faults that resulted in thousands of customers leaving its business.

Those failings forced Vodafone to undertake a massive $500m refresh of its mobile network, and now industry sources are wondering how the company can convince its shareholder parent companies to cough up enough cash to renew its mobile licences.

"You have Voda losing customers. It was losing free cashflow, and they are going to have to pay $1bn just to retain their spectrum, let alone buy new spectrum," one analyst said.

"If Hutchison and the Vodafone group don't want to pony up $1 billion, then they might decide to take on an equity partner and make a bigger move into the fixed-line business."