The rise of co-location data centers 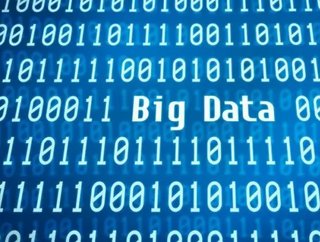 Australia is rapidly becoming a go-to destination for companies all over the world for data storage. Here is an overview of the colocation data scene in the country, along with an outline of the major benefits reaped by organisations using the service

Data storage is big business. To put it into perspective, last year 416.2 terawatt hours of electricity was used to store information in data centers, 110 terawatt hours more than the entire output of the UK and around three percent of the planet’s total consumption.

Analysts predict that the amount of gigabytes stored will soar by 300 percent over the course of the next decade, which only means one thing – massive opportunities for data center providers.

Australia is already home to more than 100 colocation data centers consisting of multiple hot spots based on climatic areas and differing time zones. Though Canberra might be the capital city, it would be wrong to call it a capital of Australian data storage, with other cities including Sydney, Brisbane, Adelaide and Perth each housing colocation data centers comfortably into the double figures. Most of the country’s data storage sites are found on the east and south coasts.

Over the past five or so years, the colocation industry in Australia has seen substantial expansion that has encouraged global providers of colocation, cloud and other services to invest here. The data center services provider landscape in Australia comprises DC specialist providers, IT services firms, telecommunications companies and modular DC providers.

While DC specialist providers such as Equinix, NextDC, Metronode, Global Switch and Digital Realty are the most dominant providers of co-location, IT services firms such as Fujitsu, IBM Softlayer, HP and telcos such as Telstra, Optus and Macquarie Telecom provide managed IT services, which is the faster growing segment in the market. Due to the ability to add capacity on demand, modular DC providers are also becoming increasingly popular amongst cloud services providers and enterprises with special requirements.

Read the rest of this article in Business Review Australia's December issue.