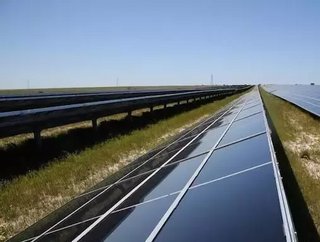 Developed by US-based PV manufacturer and developer First Solar, the solar plant is expected to produce roughly 2,800 megawatt hours of electricity annually, including 20 percent of the town’s daytime electricity demand, as well as reduce diesel usage at Weipa’s power stations.

"We expect the energy from the solar plant will help reduce the diesel usage at Weipa's power stations and save up to 600,000 liters of diesel each year," said Rio Tinto Weipa Operations general manager Gareth Manderson.

In addition, the project will reduce Weipa’s greenhouse gas emissions by roughly 1,600 tons per year – equivalent to removing around 700 cars.

The solar technology involves 18,000 photovoltaic (PV) modules which will convert the sun’s light into power, and then feed it to Rio Tinto’s existing mini-grid onsite.

The project is being funded by ARENA, which provided the initial $3.5 million for the first phase, and is expected to supply an additional $7.8 million for the second phase that will expand the plant to 6.7MW capacity and introduce an energy storage component. Rio Tinto will purchase the power from the project under a 15-year power purchase agreement.

“This power purchase arrangement is an opportunity to trial the introduction of an alternative power source such as a solar plant into a remote electrical network like the one here in Weipa,” Manderson said.

First Solar’s regional manager for Asia Pacific, Jack Curtis, said the project is significant for the solar industry as it enters the natural resources sector, which has typically been "very conservative" about adopting renewables.

“It is already widely acknowledged that solar electricity is typically cheaper than diesel-powered electricity, particularly in remote locations. The significance of the Weipa Solar Plant is that it provides the opportunity to demonstrate that PV-diesel hybrid projects can also be as reliable as stand-alone diesel-powered generation,” Curtis said.

“In recent years, attention has been focused on the technical challenges of high-penetration PV-diesel hybrids. At the Weipa Solar Plant, First Solar is seeking to deliver a reliable electricity supply without diverting capital costs away from Rio Tinto’s critical mine operations. Proving this commercial model has the potential to be a watershed moment for the diesel hybrid application globally.”