Motorola Atrix to be Released by Telstra 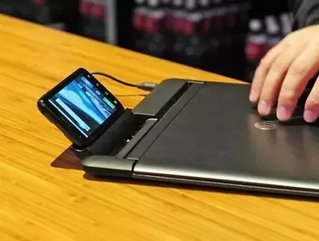 Motorola’s smartphone-laptop hybrid, the Atrix, will soon be available to Australian consumers. From June 7, Telstra will sell the Atrix on its Next G Network for $840.

The Android-run Atrix is really the first of its kind—a smartphone that features a dual-core processor with each core running at 1 GHz, delivering up to 2GHz of processing power, as well as 1GB RAM. It also features 16GB of storage and an Nvidia Tegra 2 dual-core processor - similar to that found in laptops and desktops just a few years ago.

But by far, the coolest part of the Atrix is the fact that it serves as a desktop, laptop and smartphone all in one. By connecting the smartphone via a dock to a big screen and a keyboard and mouse, users can see a new desktop-friendly interface on their screens.

Calls will continue uninterrupted even if Motorola ATRIX is removed from a dock, and users can surf the web, view social networks and use HTML5 web-based applications and supported cloud computing services. On the back is a 5-megapixel camera with flash, while HD video and two-way video calling are also featured.

The downside is that the lapdock costs $449 for the phone that has a screen, keyboard, touchpad, battery and USB ports in an 11-inch shell.