Microsoft – digital transformation will add $45bn to Australian economy by 2021 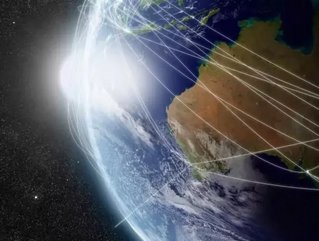 Digital transformation is predicted to contribute some $45bn to Australia’s GDP in the space of four years, growing the country’s economy by an extra 0.5% a year.

These predications are made by Microsoft, in tandem with the International Data Corporation, in their newly-released ‘Unlocking the Economic Impact of Digital Transformation in Asia Pacific’ report.

Much of the economic boom from digital will come from increased productivity and the development of new services and products.

Steven Worrall, Managing Director, Microsoft Australia commented: “Australia is clearly on the digital transformation fast track. At the same time, organisations are increasingly deploying emerging technologies such as artificial intelligence as part of their digital transformation initiatives, which will accelerate growth even further.”

However, the research did present warnings over the demand for digital skills and a possible shortage. It also said that organisations resistant to change will present another barrier to reaping maximum benefit from digital technologies.

More than 80% of jobs are expected to be transformed in some way by digital, the study found.

Worrall added: “While it’s encouraging to see that 66 per cent of respondents are confident young professionals already have future-ready skills that will help them transition to new roles, organisations must focus on reskilling and upskilling those already in workforce who may not have the required skillset for the changing economy.”

Indeed, Microsoft has already launched its Australian National Skills Program, designed for adults already in the workforce and disadvantaged groups most in danger of falling behind as the economy becomes more and more technology-driven.

“Employers across all industries need to commit to helping workers prepare for the digital age,” Worrall continued. “It is going to take a collective effort to ensure that no Australians get left behind and we each need to play our part in shaping and building Australia’s future-ready workforce.”