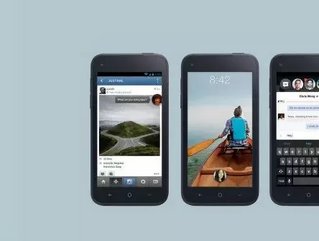 Last Thursday, Facebook founder Mark Zuckerberg announced the launch of the highly anticipated Facebook phone. However, the ‘phone’ is in actual fact a series of apps that work in sync to create a custom home screen for Android smartphones.

Facebook’s latest venture has been named Facebook Home and integrates all the social network’s current services into an operating system for Android phones. Users will be able to use all their app services such as Facebook Messenger, Instagram and Facebook Camera using Facebook Home.

Facebook Home Brings All App Services To One Home Screen

Facebook Home will also sync users Facebook messages directly with their phone, meaning they can easily and seamlessly connect with contacts via Facebook without having to login to a separate application. Furthermore, the operating system will bring together all contact details and merge them, so whether you receive a text message, a Facebook message or an email, they will all sync with the contact in one place.

Unsurprisingly, Facebook Home also focuses on social elements. The home page of Facebook Home is called Cover Feed, and allows users to move through links, photos and status updates. Users will be able to interact with their Facebook easily from their phone, and Notifications will also be directed to the Cover Feed.

In the past, Facebook CEO Mark Zuckerberg has repeatedly denied working on any sort of a Facebook phone. During the press conference last Thursday, Zuckerberg reiterated that strategy, saying even a “great phone"” could likely only sell up to 20 million units, reaching just 2 percent of the company's one billion active users.

Facebook Home won't be tied to one device or a single manufacturer. Starting April 12, Facebook will offer Home as a download in Google's Play store to select devices including Samsung's Galaxy S III and Galaxy S4, and the HTC One X. The plan is to update the app every single month, not only adding more features, but also support for more devices.

Facebook may not have launched an actual Facebook phone, however Zuckerberg still unveiled a new phone on Thursday, albeit one not built by the company. To show handset makers and software developers what a good Facebook Home experience entails,

Facebook worked closely with HTC to deliver the HTC First, a mid-range smartphone with a 4.3-inch screen and 5-megapixel camera. While not the most exciting device, it embodies the idea that Facebook Home isn't intended to be cutting-edge technology for early adopters, but something far more universal.