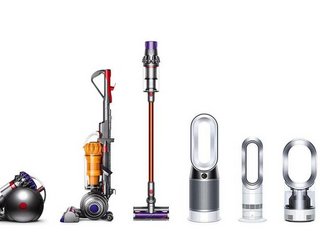 Mahindra Group announced a collaboration with Google Cloud to help accelerate its digital transformation journey and fuel the next phase of business growth. Mahindra’s digital, data and cloud centre of excellence, Mahindra Digital Engine (MDE), will use Google Cloud’s secure and reliable infrastructure and advanced data analytics technology to help speed decision-making and maximise synergies across its business.

2 Binance donates US$10m in support of Ukraine, but will not block all Russian accounts

The world’s biggest crypto exchange, Chinese company Binance, has committed US$10m through its Binance Charity Foundation to help the humanitarian crisis in Ukraine. The donation will be split between major intergovernmental organisations and non-profit organisations already on the ground, including UNICEF, UNHCR, the UN Refugee Agency, iSans and People in Need, to help support displaced children and families in Ukraine. The crypto firm has also launched a crypto-first crowdfunding site, Ukraine Emergency Relief Fund, to allow people to donate crypto to help provide emergency relief to refugees, with Binance already committing the equivalent of US$6m to this.

Binance CEO Changpeng Zhao is complying with sanctions that limit the financial activity of Russian individuals but has said he will not extend those restrictions beyond the sanctioned individuals and impose a complete ban on Russian users as an entire group as it would be “unethical for us to do”.

Tech company Dyson has announced it will hire more than 2,000 engineers and digital specialists in locations, including across Southeast Asia, including Singapore, Malaysia and the Philippines. The now Singapore-headquartered company, which reported a 5% growth in 2021, has announced spending of £600m on investment in technology, facilities and laboratories. The roles to be filled span all levels and are in the electronics, acoustics, design engineering, machine learning, software, data connectivity and robotics and materials teams.

According to Roland Krueger, Dyson’s CEO, “to build on this success and drive our research and development of new technologies, we are investing in our equipment and laboratories and launching our biggest recruitment campaign ever in engineering and digital roles”.

Global VC firm Accel has earmarked US$650m to invest in startups in India and Southeast Asia, with a focus on those in the pre-seed to growth fundraising stages. This marks Accel’s seventh fund, focusing on next-gen ecommerce, SaaS, consumer fintech, B2B marketplaces, and digital health. The VC, which has invested more than US$2bn into India’s and SEA’s startup ecosystems, has to date backed four out of the 47 unicorns in SEA and 15 of India’s 80 unicorns, including investment app Pluang, commerce firm Astro and payment gateway Xendit. According to Prayank Swaroop, partner at Accel, “Southeast Asia’s startup ecosystem is thriving, and very interesting innovation is being done here”.

5 Weibo and Douyin clamp down on misleading information on Ukraine

Following the lead taken by Western social media and tech giants like Meta, Google and Twitter, some Chinese social media companies have started to crack down on “misleading” information related to Ukraine in the wake of Russia’s invasion of the country. Weibo has announced the removal of more than 4,000 posts that it deemed to have “provoked war, made fun of war, or spread vulgar content”, while Douyin (TikTok’s Chinese version) says it has removed more than 6,400 videos and interrupted 1,620 live broadcasts that included “vulgarity, content that trivialised the war, incendiary information, and unfriendly comments”.

Chinese insurance giant Ping An announced the donation of COVID-19 diagnostic test kits and protective equipment worth RMB10 million to the Hong Kong Government, as the country fights against the fifth wave of the pandemic. Since the outbreak of the pandemic in 2020, Ping An has introduced various initiatives in insurance protection, public welfare donations and medical services, and has donated RMB180million in supplies and cash, as well as providing more than RMB18bn in financial support to affected enterprises, customers and frontline medical institutions. The insurance giant has introduced innovative services such as an online end-to-end insurance policy process via a green claims channel and special pre-claims services and extended insurance coverage to COVID-19 for policyholders.

SEEK Asia, the parent company of JobsDB, has partnered with Tech in Asia to host Asia’s biggest virtual career fair. Scheduled to debut 9 March, the three-day virtual event will connect corporations and recruiters from six countries and regions, among them 90 multinational giants and local companies from various industries in Hong Kong, including Nestle Hong Kong, ecommerce platform HKTVmall, Deliveroo Hong Kong. The interactive event enables job seekers to communicate with, and even take interviews from recruiters anytime and anywhere on their mobile devices. The event will feature a line-up of guest speakers, from tech unicorns to key enterprises, who will share insights on the latest tech trends, as well as masterclasses on everything from blockchain to big data. Speakers will include Samuel Hui, CTO of HKBN Group, John Tsang, founder of Esperanza, and Zaf Chow, director of digital strategy at blockchain gaming company Animoca Brands.

Japanese chef Natsuko Shoji of Ete has been named Asia’s Best Female Chef 2022, as part of the World’s 50 Best Restaurants awards. Shoji spent her early years training under Hiroyasu Kawate of Florilege before opening her cake laboratory, Ete, in Shibuya, Tokyo. She has since become renowned for her showstopping pastry dishes that draw inspiration from haute couture, including a strawberry cake that’s a nod to the famed Louis Vuitton Damier print. In 2019, Ete expanded to a six-seat restaurant with Shoji personally serving her guests a 10-course menu of creative savoury and sweet courses. “With her appreciation for seasonability, coupled with her brilliant aptitude for blending fashion and gastronomy, the chef’s creations embody the artistry of Japanese cuisine,” William Drew, director of content for Asia’s 50 Best Restaurants, says of Shoji.