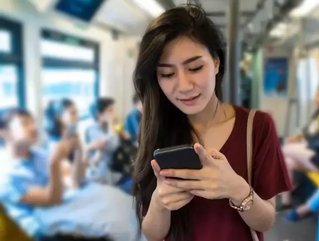 Baidu, China’s most successful search engine and AI company, has announced that user figures for its super app’s new mini-programs have reached 100mn actively monthly users
The app utilises mini-programs in much the same way as Tencent’s ubiquitous WeChat, offering consumers sub-applications within one catch-all platform.
This expansion of its platform benefits users by removing the need to download and use multiple apps to carry out daily tasks, such as messaging, playing games, shopping on ecommerce sites, making payments, and much more.
Tencent has demonstrated the incredible scope of mini-programs with WeChat, offering over 1mn services on its wildly successful platform.
This boom in availability has been instigated by Tencent opening development of mini-platforms for WeChat to outside developers.
See more:
According to South China Morning Post, Tencent offers such developers 30-50% of ad revenue generated by their mini-programs.
Pacific Epoch’s Raymond Feng commented on Baidu’s attempt to mimic this success as being emblematic of the firm’s maturity as a digital services provider.
“That is why Baidu has been investing in content generation and multiple platforms to retain users.”
He added that Baidu’s efforts to build an effective ecosystem would be “a long-term battle”.
SCMP said that Baidu’s app has reached 148mn daily active users, a rise of “17 per cent from same period last year”.
WeChatBaiduTencentSuper app
Share
Share