Centi-Millionaires – the changing face of the super-wealthy 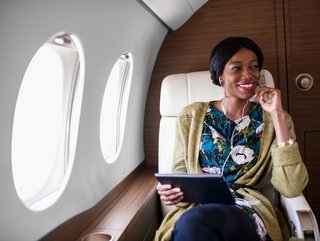 While the super-rich are mainly white males over 50 located in the US, there’s an emerging class of Centi-Millionaires changing the face of global wealth

Not long ago, in the late ‘90s, if you had US$30m of investable assets to your name, you were among the richest on the planet. Fast forward 30 years and that number has risen to US$100m as a new class of super-rich emerges – the Centi-Millionaire.

While clearly less wealthy than the billionaire class, of which Elon Musk, Jeff Bezos, and Bill Gates are members, the Centi-Millionaire outnumbers billionaires by nearly 10-to-1 and is growing fast.

This new cohort of influential, super-wealthy movers and shakers – of which there are more than 25,000 – have more than doubled in number over the past two decades, and their capital accumulation has dramatically accelerated thanks to the economically and socially disruptive effects of technology and the recent pandemic.

That’s according to a new report by investment migration advisory firm Henley & Partners, marking the first global study of the world’s 25,490 centi-millionaires.

“The centi-millionaire is someone so affluent that they don’t need to think about how much they spend. In fact, the level of wealth they have achieved means they are unlikely to ever worry about money again," says Dr Juerg Steffen, CEO of Henley & Partners.

Who is a Centi-Millionaire and where are they located?

While there is no set path to attaining such status, Centi-Millionaires are primarily made up of tech titans, financiers, global CEOs, and heirs whose ranks have swelled amid a period of relative global prosperity and market gains.

“The origin of their money generally falls into four categories,” says Misha Glenny, financial author and contributor to the report. “Inherited wealth, baby boomers selling off their small-to-medium-sized enterprises, high-rolling stock market players, and the CEOs of multi-nationals and highly successful tech companies.”

And while there are a growing number of younger entrepreneurs who founded successful tech firms among the ranks, Baby Boomers still dominate the centi-millionaire circle despite many now cashing in their stock options and selling their businesses.

Unsurprisingly, white males over the age of 55 from the US and Europe make up most of the cohort, with the US home to more than one-third (38%) of Centi-millionaires (9,730) and with the majority based in either New England or the San Francisco Bay area.

But this picture is slowly beginning to change, with future centi-millionaires increasingly likely to be found in Asia and Africa, and more women joining the club.

The fastest-growing global market for centi-millionaires over the next decade is forecast to be Vietnam – a 95% growth rate for this emerging Asian manufacturing hub, with strong growth expected in the real estate, technology, and financial services sectors.

Home to the world’s fastest-growing economy, and already flush with centi-millionaires (1,132), India is next in line with an anticipated 80% growth rate by 2032.

Meanwhile, Mauritius has recently emerged as a hot spot for migrating centi-millionaires, with growth of 75% predicted for this business-friendly African island nation. Rwanda (70%), Uganda (65%) and Kenya (55%) have also made it into the top league of fastest-growing centi-millionaire markets, while New Zealand and Australia are also forecast to enjoy exceptional growth.

The gender balance is also changing fast. “We are seeing more and more women in the UHNWI sphere,” says Luca Derlin of Deutsche International Private Bank to the Luxembourg for Finance agency.

The super-wealthy are gradually getting younger too. This is in part thanks to the offspring of billionaires now benefitting from their parents’ largesse; to the ascent of young entrepreneurs, especially those who have successful tech companies; and to baby boomers now cashing in their stock options and selling their businesses.