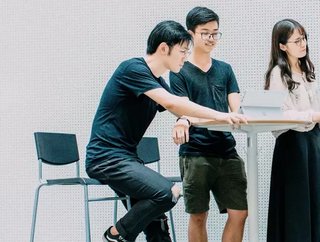 From ML engineers to data scientists, we highlight the tech roles rising rapidly in Southeast Asia, as the region accelerates digital transformation

The pandemic has brought with it a new world of work, and not just a shift to a more remote way of working or a re-evaluation by employees on what matters most, but fundamental industry changes that are impacting the jobs market.

Along with the capsizing of some industries, namely hospitality, retail and entertainment, and catapulting of others, like healthcare, the exponential acceleration of digitisation cross-industry since the onset of the pandemic has brought with it massive demand for specialist tech and IT roles.

And while increased demand for tech positions is a global phenomenon, with employment in computer and IT jobs projected to grow 13% from 2020 to 2030 – that’s faster than the average for all occupations – the demand for tech talent in Southeast Asia is particularly acute, as the region remains one of the last digital economy opportunities in the world with huge growth potential ahead.

Research conducted by Google and Temasek shows that more than a third of consumers in Southeast Asia – Singapore, Indonesia, Malaysia, the Philippines, Thailand and Vietnam – are new to digital platforms, and more than 90% say they intend to continue using those platforms post-pandemic. And the numbers back this up, with some 40 million new Internet users added in 2020.

In fact, digital platform use by consumers across the region is booming, everything from ride-hailing to grocery shopping to financial services.

According to a recent report by Finder, Indonesia currently ranks second in the world (excluding China and India) and first in Southeast Asia in the share of adults with a digital bank account (24.9%). Vietnam is expected to lead in the adoption of digital banking in Southeast Asia in the next five years, as its internet coverage is expected to reach 41.65%. Indonesia is expected to follow with 39% adoption, while Malaysia, the Philippines and Singapore will have 37.8%, 36.18% and 30% usage rates in 2026, respectively.

With increased digital adoption among consumers comes not just the expansion and launch of tech firms, but the digital transformation of all business, from retailers to banks, to cater for increased consumer digital demand.

And that means increased demand for tech-focused roles. According to a report commissioned by AWS, Singapore will need 1.2 million additional digital workers by 2025 to remain competitive. While Southeast Asia’s largest digital economy, Indonesia, home to one of the world’s biggest and fastest-growing middle classes, will need 17 million-plus tech talents, according to government data.

In Thailand, a recent survey by global recruitment group Robert Waters found that tech talent will be so in demand in 2022, leading to a shortfall of candidates and war on talent, that employers will need to adjust remuneration and benefits to secure hires, particularly in the areas of tech automation and analytics.

LinkedIn’s latest data on job vacancies backs this up. In the 2022 LinkedIn Jobs on the Rise list – which uncovers the 20 fastest-growing job titles over the past five years in Southeast Asia – tech jobs dominate across the Southeast Asian countries with machine learning engineers, data engineers and data scientists most prevalent.

Here, we list the fastest-rising job titles in Southeast Asia over the past five years.

Especially in demand in Singapore and Indonesia, Machine Learning Engineers develop and implement self-running artificial intelligence algorithms and systems for products and applications. Mainly found across IT, Internet and banking industries, the majority of ML engineers are educated to Bachelor’s or Master’s level and will need specific skills including deep learning, TensorFlow and Natural Language Processing (NLP). According to LinkedIn research, nearly three-quarters of those hired in 2021 in this role were male.

One of the fastest-rising roles in demand in Singapore, back end developers build and code the server-side technology that powers front-end web and mobile applications and are employed across a range of industries, but mainly in IT, Internet and financial services. The most common skills required include programming languages including Go and Python, along with Docker Products. In 2021, there was a more even distribution of gender than machine learning engineers with 62.5% male.

The third fastest-growing job role in Malaysia, the role of an Information Technology Associate is to maintain and help to improve an organisation’s tech databases, processes and products. Industries in most need of such a role are the IT and services sectors along with logistics and supply chains. Among the skills needed are technical support, data management and active directory. This is a role that’s particularly male-dominated in Malaysia with just 26.6% of women taking on such a role in 2021.

Data engineers are in particular demand in Malaysia across industries including IT & services, financial services and oil and energy. A data engineer builds and maintains data storage systems that are used by data scientists and other stakeholders in the company. Most hires in this position have a Bachelor’s or Master’s degree and common skills needed include Apache Spark, Extract, Transform and Load (ETL).

The number one fastest-rising role in Indonesia, a data science specialist’s role (also known as a data scientist) is to analyse the Interpret large amounts of data to develop insights and action plans for their companies. The industries most in need of this role include IT, banking and e-learning, while the skills most needed are machine learning, programming language Python and Tableau.

Fast-rising in the Philippines, the role of cyber security analyst is to monitor tech systems while developing new processes to guard the companies in which they work against online crime. In demand cross-industry, but particularly in IT and services, and computer and network security, to undertake such a role, candidates would normally have a Bachelor’s or Master’s and be skilled in security information and event management (SIEM), security operations centre and information security. Just one-quarter of these roles were taken by women in 2021.