The “Uber for home cooking” comes to Sydney 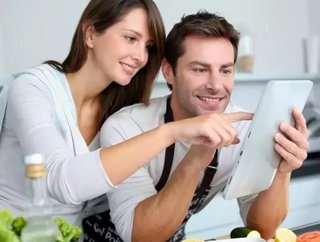 With major players such as Uber and Airbnb raking in billions in the ever-growing sharing economy, a new player has recently hit Sydney that could prove to be a major disruptive influence on the home-delivered food market.

FoodByUs will connect hungry customers with people looking to earn an extra dollar using their cooking skills using an online marketplace.  Users will be able to search for their desired food, cooked by locals in the community.

Founders Gary Munitz and Tim Chadler, referred to the platform as the “Uber for home cooking” and said it could be a profitable second job for people who don’t mind spending time in the kitchen after hours.

People that use the service to earn extra money will be able to charge less for their cookery since they will be unlikely to have overheads and will be far less likely to rely on cooking as a primary source of income.

Last year, hundreds of gathered in Sydney for HackFood, a meeting place to thrash out the most innovative ideas to transform the food industry, where a business similar to FoodByUs was floated. Cooks will need to remember to inform the NSW Government that they will be preparing food from their homes, and will need to be aware of and comply with all the required regulations.

The sharing economy obviously gives businesses and their customers never before seen levels of choice, as well as the ability to compete, but businesses like these these tend to cause friction when they come into competition with more established, traditional players in the market. Various governments across the world have also come to blows with the likes of Uber and Airbnb; these apps have been subject to various curtailments and, in some cases, outright bans. Cooks and customers taking advantage of FoodByUs should be aware of these potential footfalls - planning is always key here.