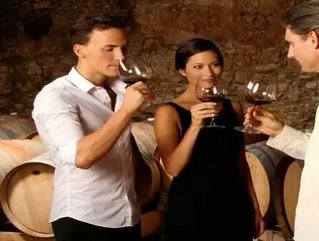 Qantas Airways may have dropped its partnership with Tourism Australia, but it appears that the national tourism organisation had another union in the works.

A three-year agreement between the two organisations will see an increase in the international marketing of wine-driven tourism in key markets from 1 January 2013.

“Our partnership is an important opportunity, not only for both the tourism and wine sectors but for Australia, with two government agencies working together to align funds and strategies to support non-mining, sustainable, regional development,” said Wine Australia’s Chairman George Wahby.

Considering the economics of the two partners, they make a perfect pair: the Australian wine industry contributes $43 billion to the nation’s economy and provides 52,000 jobs spanning 65 regional areas. Tourism in Australia generates $96 billion in annual spending and makes up 2.5 per cent of the national GDP.

Australia’s record six million international visitors in the past year, coupled with an increase in visitors’ interest in local wines and the heightened market value of Australian wine exports, make for an ideal campaign launch in the New Year.

“Recent findings from our Consumer Demand Research in 11 key tourism markets indicate that Australia’s food and wine are an important part of the visitor experience but are not necessarily something that visitors know a lot about before they arrive here,” Tourism Australia’s managing director Andrew McEvoy said.

“By partnering with Wine Australia there is a greater opportunity to highlight Australia’s world-class wine experiences as a further motivating factor for people to travel to and through Australia.”

With 2,400 wineries and 6,200 grape growers across the nation, there is quite a lot of product to promote next year.

“Our partnership with Tourism Australia will play a major role in bringing this campaign to life.”