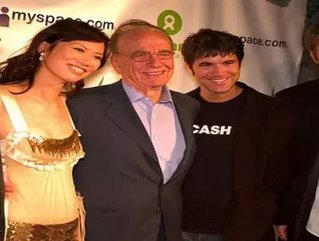 Reports are swirling that Rupert Murdoch’s News Corp will receive bids for its troubled MySpace website by week’s end. The news was broken Tuesday by the Wall Street Journal, which is also owned by News Corp.

According to Reuters, a person familiar with the matter said that there are at least five bids to buy all or part of MySpace. Private equity firm THL Partners, Redscout Ventures and Criterion Capital, which owns social networking site Bebo, are said to be among the expected bidders. Others, including Chinese Internet holding company Tencent and MySpace co-founder Chris De Wolfe, are also rumored to be bidders. Future plans for the website remain uncertain.

Now valued at US$100 million, News Corp. paid nearly $600 million for the once-popular social media site in 2005. The San Francisco Chronicle named the purchase one of the worst mistakes in tech history, due to mismanagement and the meteoric rise of Facebook.

MySpace was relaunched last year by News Corp. as a social entertainment site with a focus on music, movies and celebrities. The relaunch was a bust, though, with revenues and traffic plunging to new lows. According to comScore, MySpace traffic dropped 49 per cent in March from a year earlier to 36.1 million unique US visitors, its lowest monthly total since February 2006.

The News Corp segment that includes MySpace reported a substantial operating loss of $156 million for the quarter ended December 31, largely due to the site's poor performance.

People familiar with the matter say that News Corp will be able to announce a deal by June.