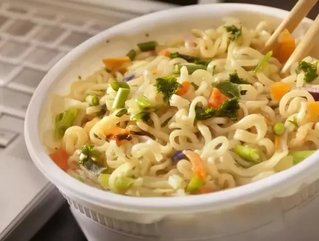 Nissin Foods, a Japanese instant noodle producer, is planning to expand further in China as the nation moves toward healthier food choices.

Nissin is the largest instant noodle supplier in Hong Kong, with a 65% market share based on retail sales value, according to the South China Morning Post.

The company listed on the Hong Kong stock exchange this week, having raised $122mn in an IPO. However in early trading shares fell by 12%.

Despite its success in Hong Kong it currently only has a 2.6% share in China. The firm will therefore focus on China’s premium segment, of which it has a 20% share and is the second largest supplier of its king after Chinese firm Tingyi.

Of China’s developing attraction to healthier, less processed products, Chief Executive and Executive Director Kiyotaka Ando told CNBC: “Some consumers stopped consuming instant noodles, but most consumers want to increase the quality… we can supply high-quality products so we have more possibility to develop our business.”

He added that there has been double digit growth in demand for premium instant noodle products in China although total consumption of standard instant ramen has decreased, for example it dropped 17% in 2016.