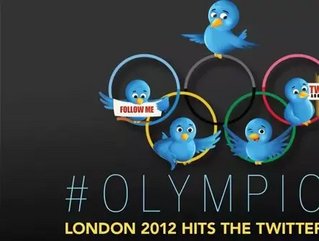 There is absolutely no room for doubt that the Olympic athletes represent the best of their respective sports, the real cream of the crop. But, as we also know from past experience (Michael Phelps’s penchant for bong rips, for one, or Stephanie Rice’s offensive slur tweeted after the Wallabies walloped the Springboks), athletes don’t always exercise the best judgment when it comes to sculpting their image in the eye of the public.

With the ever-rising surge in social media usage, spectators will surely be looking to the games and the competitors’ ability to post or tweet real-time updates – be it elation or frustration, tears of joy or defeat.

Today, there are over 100 million active Twitter users compared to a paltry one million during the 2008 Beijing Olympics. Taking this development into account, a social media code has been outlined by the Australian Olympic Committee in an attempt to avoid any need for damage control.

First, the 70,000 Olympic volunteers are banned from tweeting anything but retweets of official London 2012 postings. The athletes themselves will be allowed to tweet, granted they do so according to specified restrictions. (On a side note, Britain’s hockey players, a sport which draws a number of fans solely for its players’ notoriously hot-headed antics, have been instructed to refrain from tweeting for four hours before and two hours after a game. Heckling will be limited to the good old-fashioned, face-to-face variety.)

Again, with a nod acknowledging that these athletes truly excel in their respective fields, outside parties have been called upon in recent years to train these young competitors in developing a skill that may not come so naturally to them all: the proper etiquette of social media usage. Some Australian sports teams have provided instruction from presenters, including the Australian Federal Police, to train athletes in the politically, ethically and morally correct usage of these digital forms of communication.

While rabid fans may display continued adoration despite their favorite star’s tweeting faux pas, the less forgiving general public has seen the havoc an ill-timed post can have on a promising athlete’s career. Case in point: former Canberra Raiders NRL player Joel Monaghan’s untimely resignation after a Twitter post circulated depicting him simulating a sex act with a friend of the canine species.

Sadly, we have pointed to examples showing ways in which athletes should not portray themselves using Twitter, but with these extra steps ensuring precaution during the London Olympics, the highlights will hopefully remain on the medals, the glory, and the celebratory spirit the games have grown to so aptly embody.